in the case of trieste action i’ve published a working score or more precisely a score sketch. this score captures the happenings of the performance in keywords, how the instrumental groups were to be deployed is also captured in words. these sketches of the course of an action are used directly in the rehearsals and for the performance itself. they are hung on the walls of the respective action spaces and serve to guide me and the performers, helping to ensure a genuinely adept performance.
in 1975 i was in trieste with my wife and friends tunner, rühm and cibulka. there we visited the roman theatre. we all agreed that an action of mine should be performed there one day. at the time i couldn’t know that 3 years later this would actually take place. morra and the young trieste gallery owner bisleri succeed in gaining permission from the city authorities for a performance in the ancient open-air theatre. during the 8 days of rehearsals i was able to form a more rough than ready orchestra with students from the trieste art academy. the second music group was made up by a village brass band from the area outside trieste. this group proved to be excellent. several of my friends who already had experience with my actions came from germany and austria to take part as passive and active performers. the majority of them also worked with me at prinzendorf. the percussionist group from munich, frequent members of my orchestra, was also a great help.

performance: as far as i could see, working together with my friends meant that the action was meticulously prepared. unfortunately the young trieste gallery owner was unable to cope with a number of organisational problems he had taken responsibility for. both our preparation as well as the actual performance suffered as a result. the worst thing was that instead of the 5 full-grown slaughtered sheep promised, 4 tiny slaughtered kid goats arrived at the last minute. i came close to giving up. that we somehow managed to decently perform the 12-hour action was due solely to the efforts of the well-versed performers. i still ask myself today if working in spaces or arenas with a set-out architecture is actually a good thing for my theatre. as much as i draw on greek tragedy, the setting of this ancient theatre proved to be more of a burden for performing the action. although around 1000 people attended over 12 hours of the play, the arena was almost empty the whole time, which compromised the impact and tension generated by the happenings on stage. the purely practical side of the performance, in my view, was as precise as the conditions allowed. hardly another action has brought forth so many beautiful relics though. i was particularly touched by the efforts of jasmine. a marvellous assistant she gave me inspired support. if i was to draw a conclusion from trieste, then it is my wish to perform the same score again but next time much better. 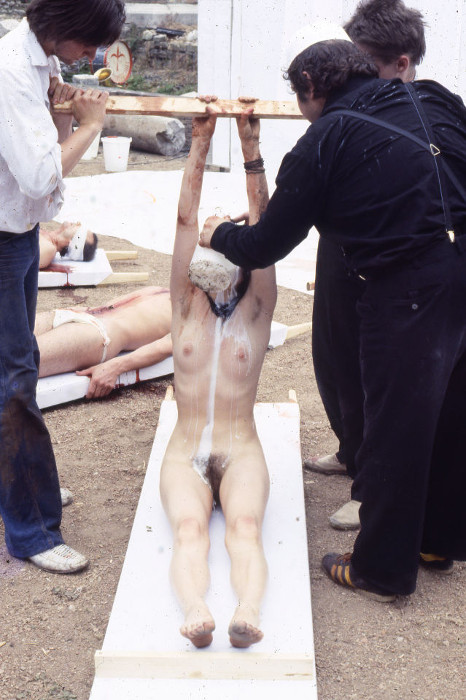 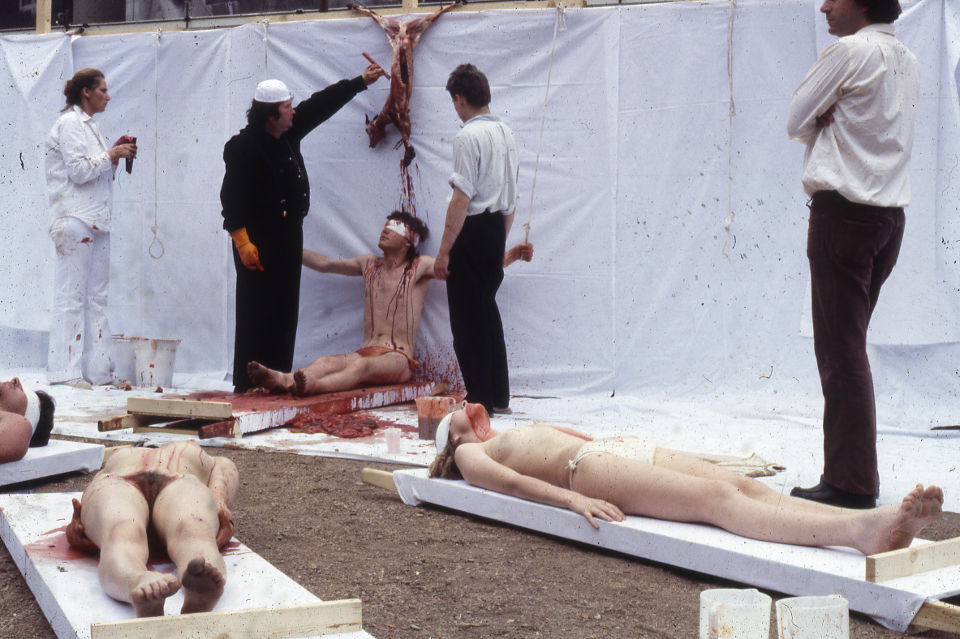 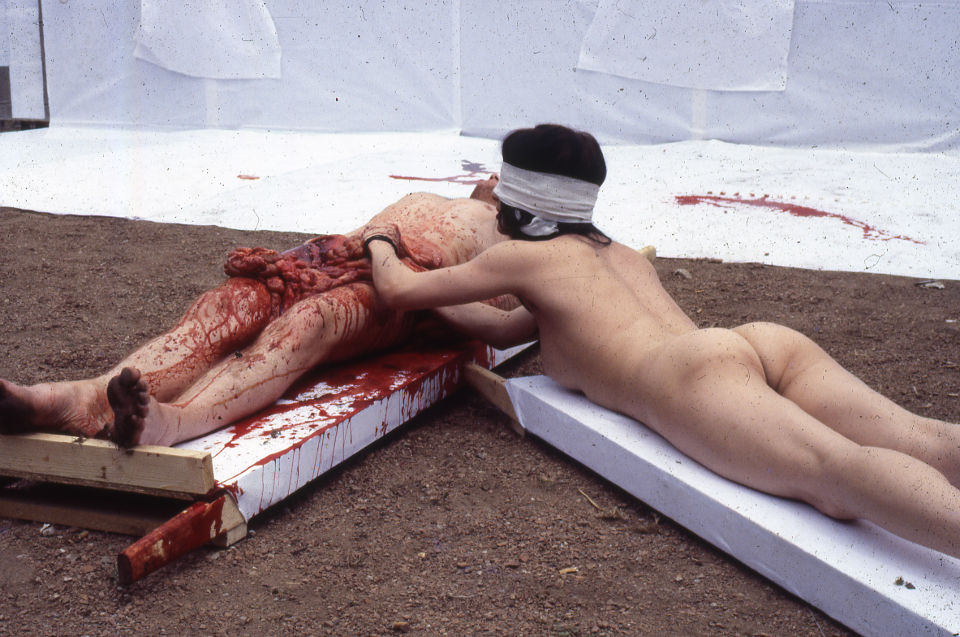 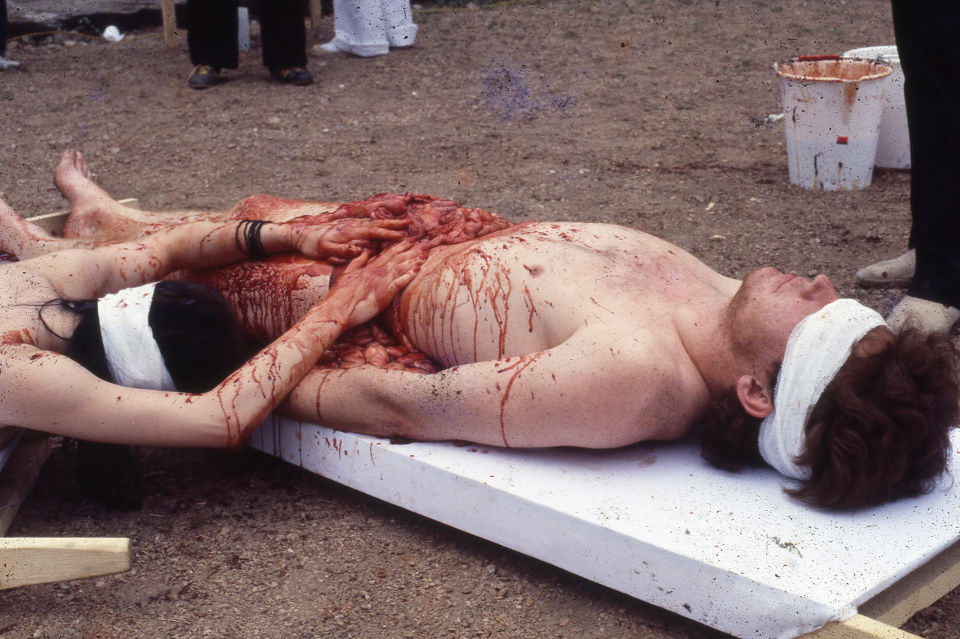 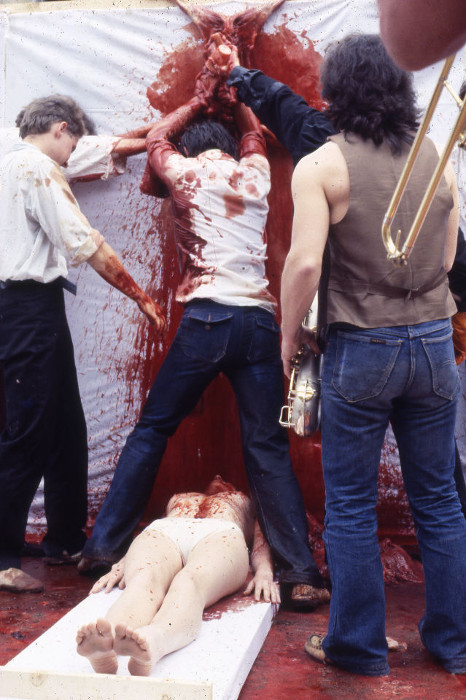 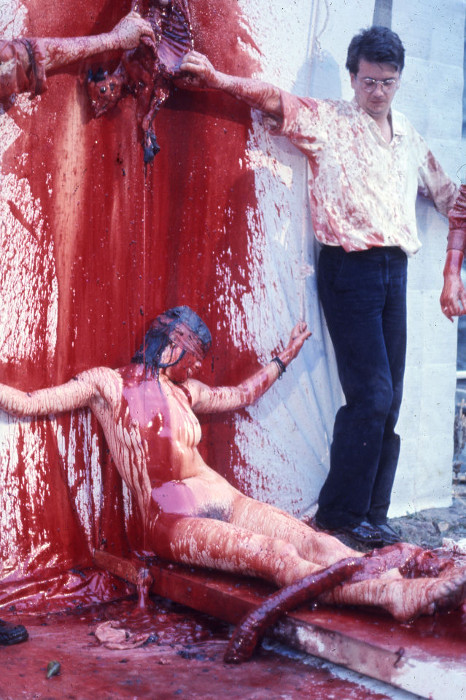 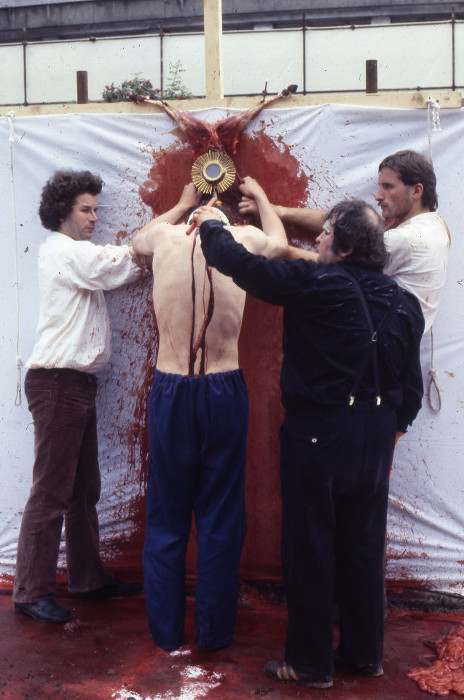 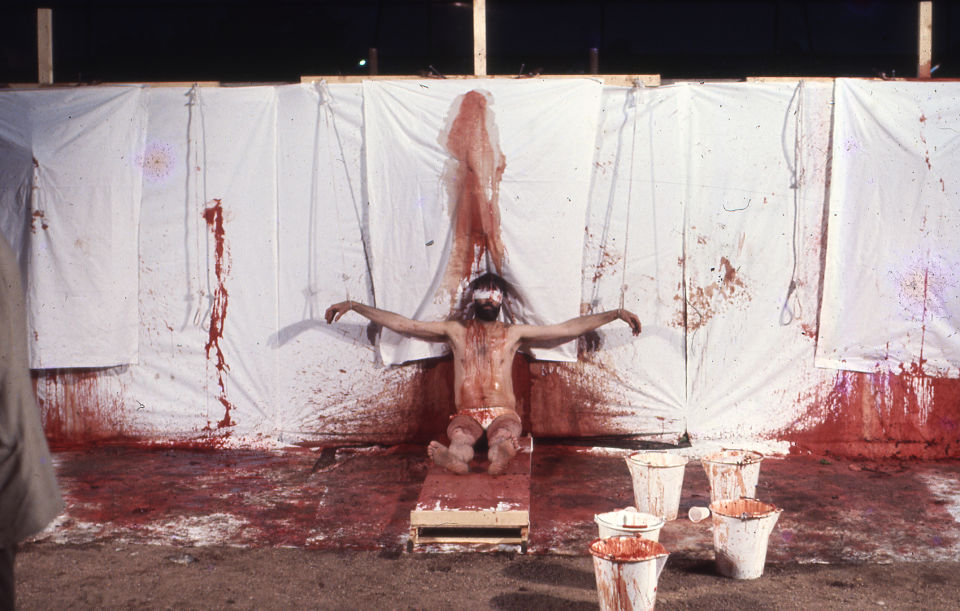 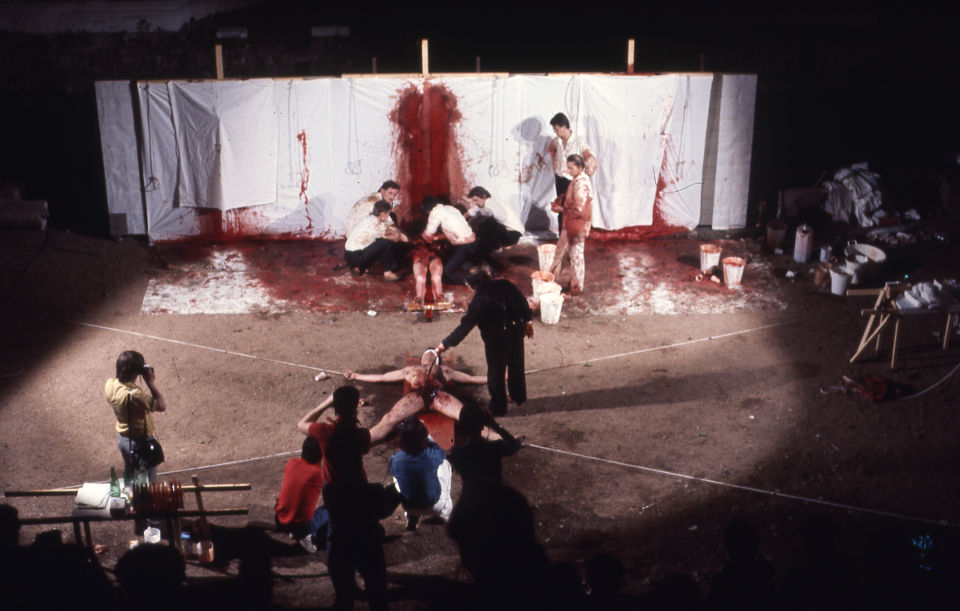 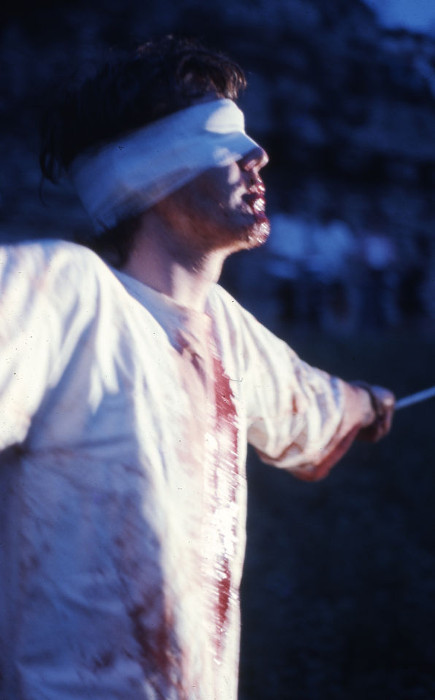