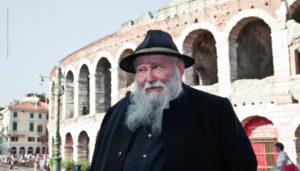 equally, however, my concept of music, which is based on dionysian ecstasy, knows tranquil sounds, tones and noises. the adagio is contributed by nature itself. matter-of-course sounds and tones otherwise perceived subconsciously rather than consciously are recorded, fathom the nirvana of silence. the falling silent of the timbres that enrich and heighten the orgy brings forth the tranquil, expansive, infinite sonic space of the night. tones and noises detach themselves, almost vegetatively, from the vast life zone of the vegetative human-creaturely, penetrate the silence, veil it, fill it up with a finely tuned aural world. music has become the perceived reality. THE NOISES OF THE NIGHT, a bird-cry, bird-calls, barking of dogs, music drifting from some far-off public house, the noise of distant road traffic, the sound of an airplane, unlit in the darkness high up in the sky, human voices shouting and calling, the singing of drunk people, the hum of a distant city, the smell of watered flowers, wet earth, of rain, of blossoming shrubs, the taste of fruit flesh, of fruit, the light of the clear stars, the orbital laws of the stellar trajectories, all this becomes music. the course of creation clamors and clashes, is sound, the thundering, whooping, light-loud mating call of the universe, the cry of the one who has risen once more, his LIGHT body is music.