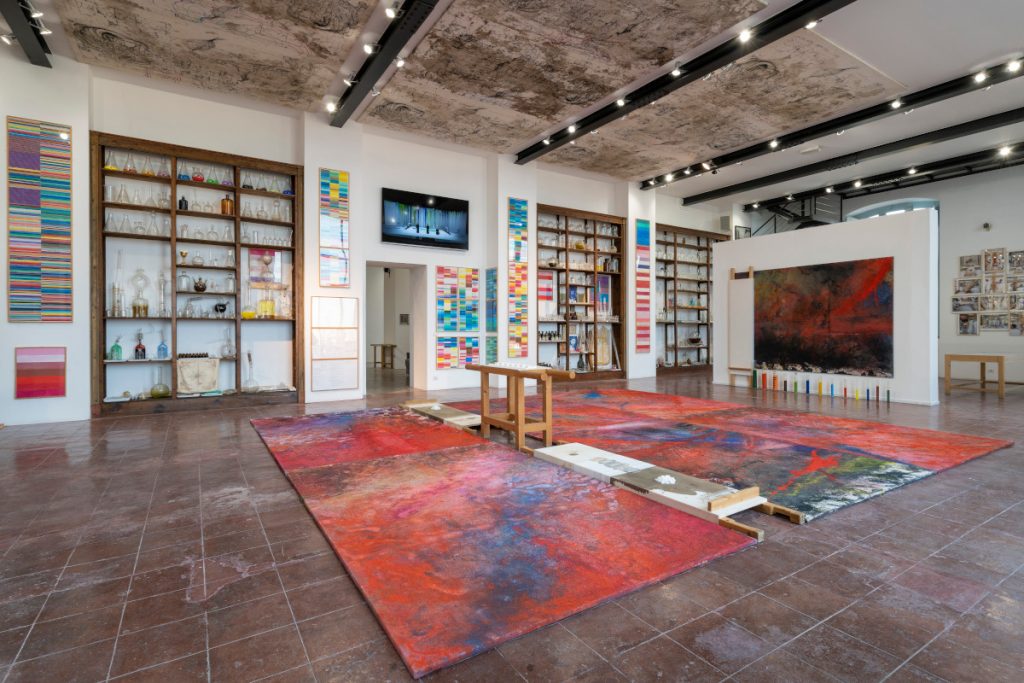 The exhibition BAYREUTH WALKÜRE and RELICTS 158.aktion, in conjunction with the Nitsch Museum in Mistelbach, the Nitsch Foundation, and with the support of the Goethe-Institut Neapel, offers to its audience a hitherto unseen connection between a wide selection of paintings from the malaktion walküre and the relicts of 158.aktion, the last action directed by the Austrian artist in Napoli.
The first set of works comes from the impressive pictorial actions created by Hermann Nitsch as performative events at the concert of Richard Wagner’s The Valkyrie during the Bayreuth Festival in the summer of 2021.

“… i wish to put on a painting action where the colours of the poured and smeared paint, spanning the whole spectrum of the rainbow, attempt to compete in a positive sense with the blazing colouration of wagnerian music. the painting actions are precursors to my own orgies mysteries theatre i have developed in prinzendorf. i’ll be absolutely delighted if in the three acts glowing colours stream down uninterrupted from up above. the events of the actual act of painting are to be like music. sounds turn into colours.” (Hermann Nitsch, on the painting action WALKÜRE)
In connection with the large paintings, the relics and documents from the 158.aktion – the last one to be led by Nitsch are on show to the public. In this action, the Austrian Master acknowledged the primary importance in terms of dynamism and intensity of the “sinfonia napoli” – an integral part of the event, performed by the Orchestra Scarlatti under the baton of Andrea Cusumano – through which, in September 2020, he wished to celebrate both Giuseppe Morra and the city of Naples, on the occasion of the twelfth anniversary of his Neapolitan Museum-Laboratory. 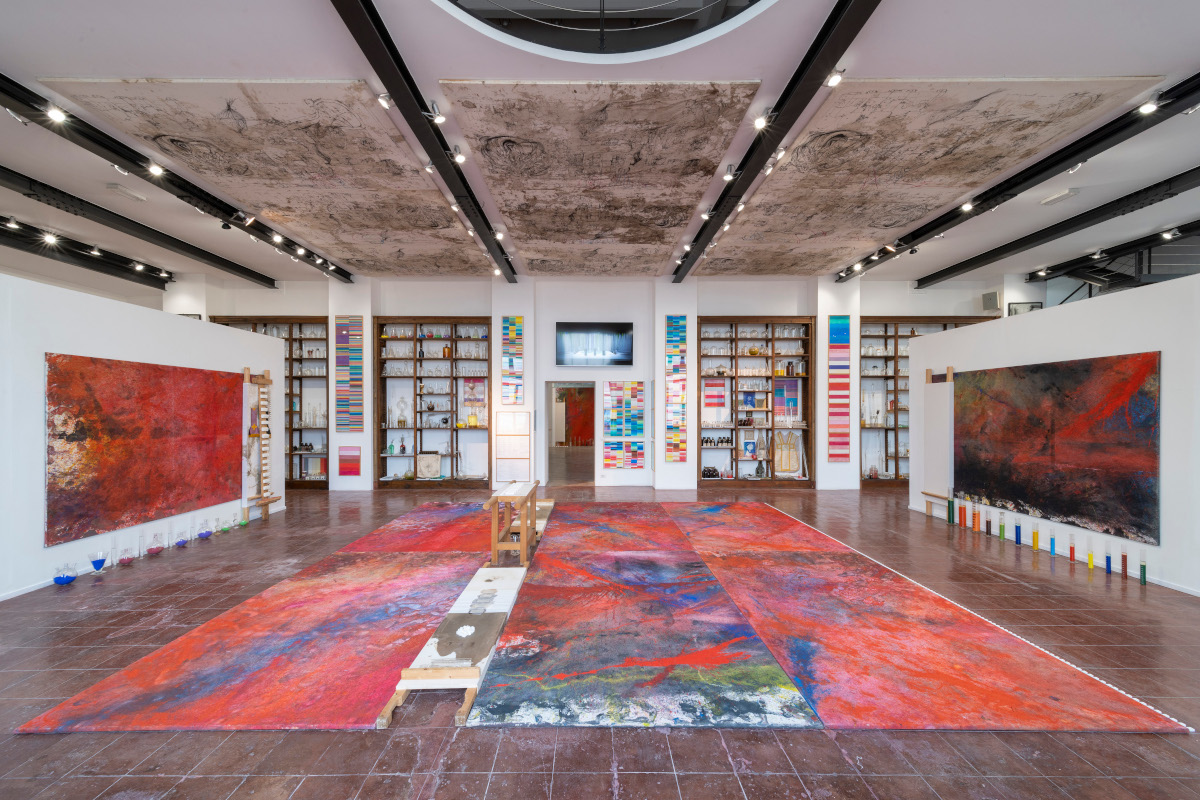 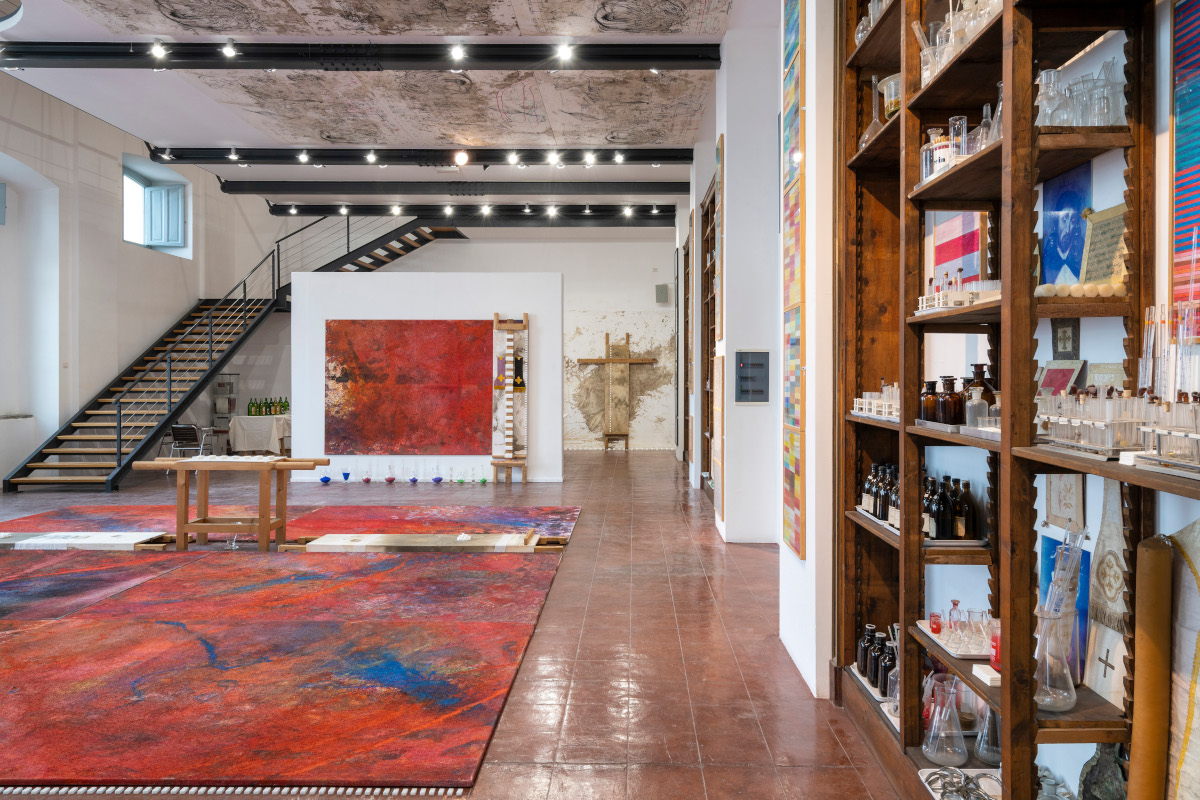 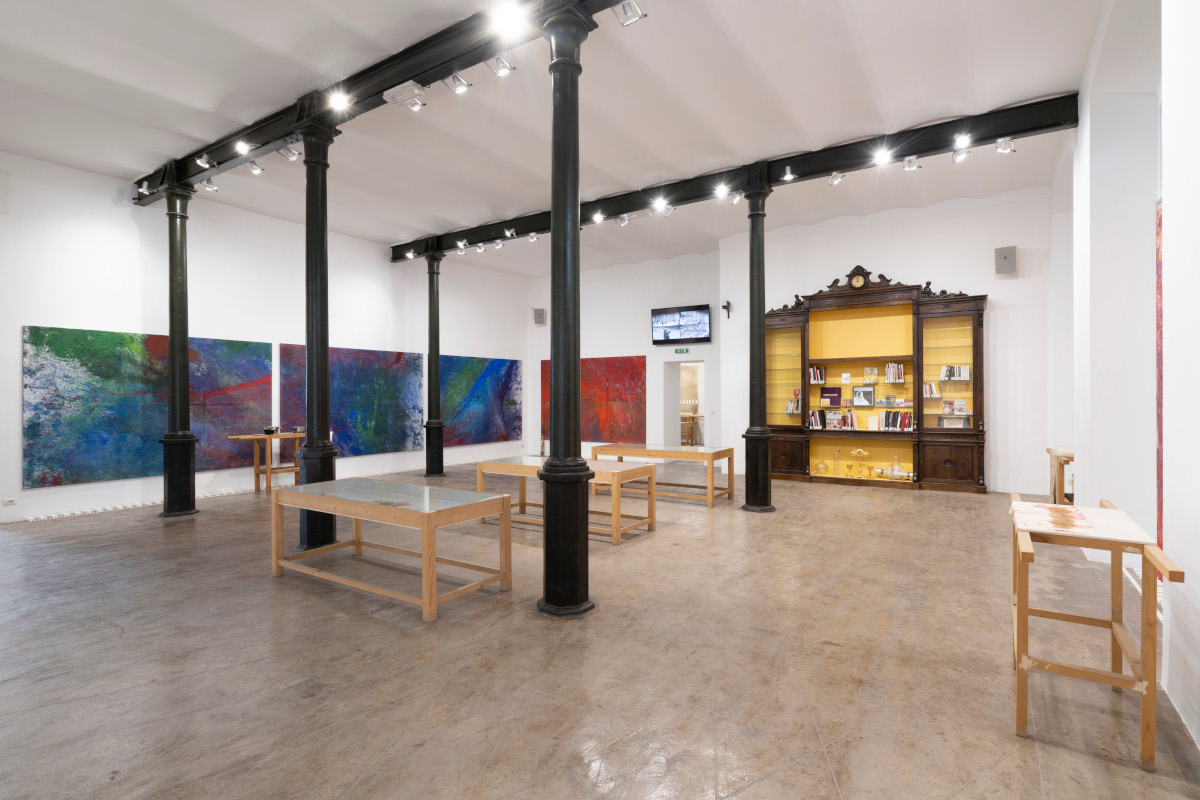 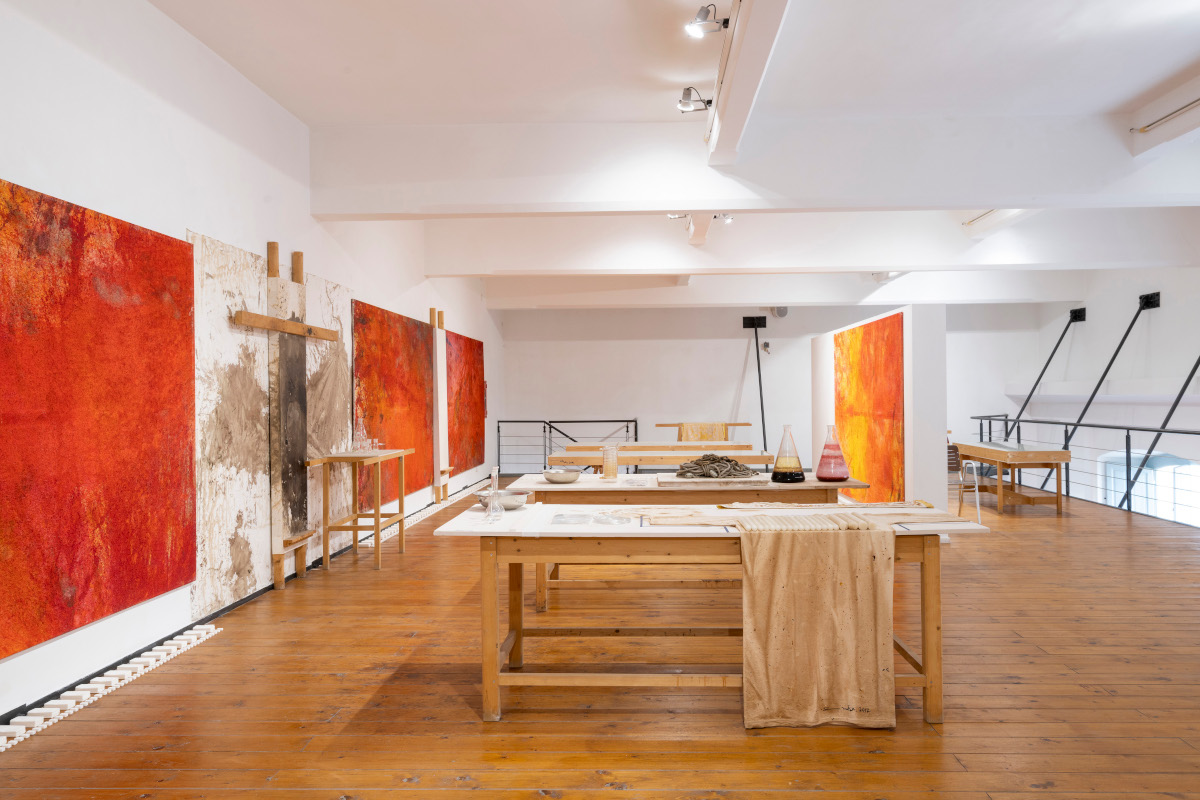 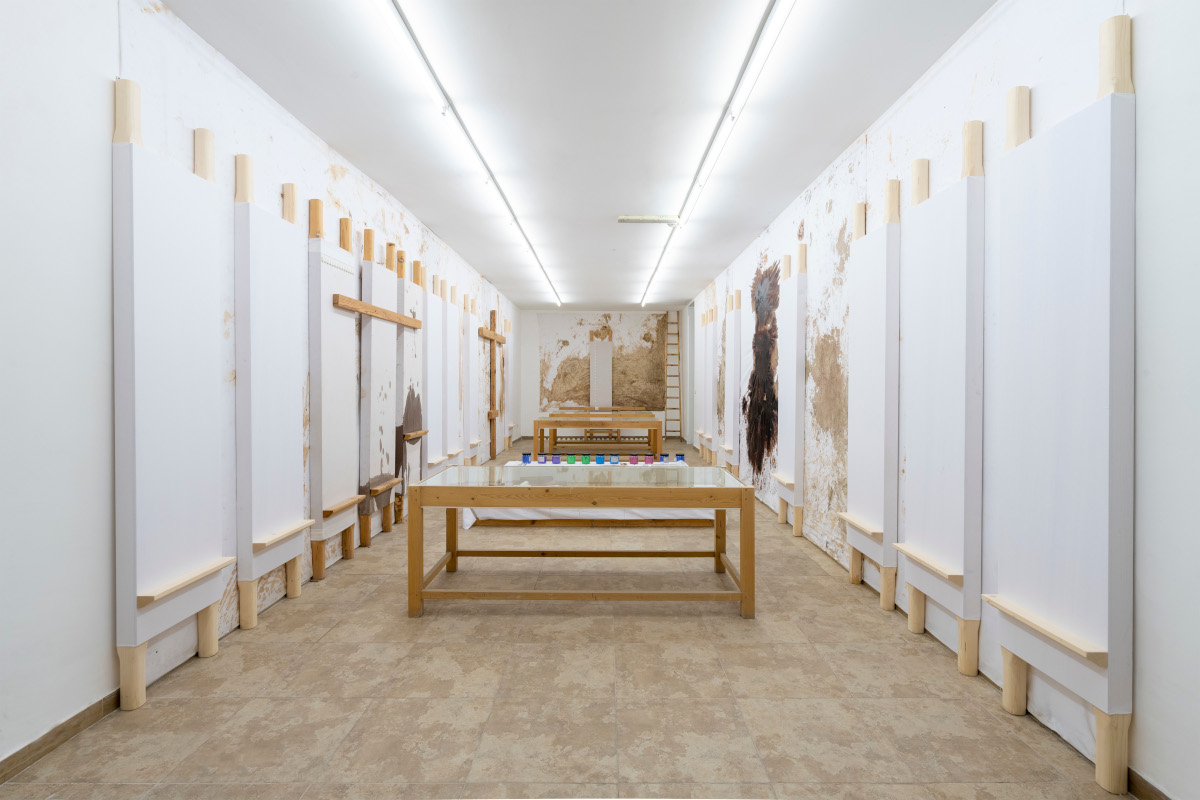 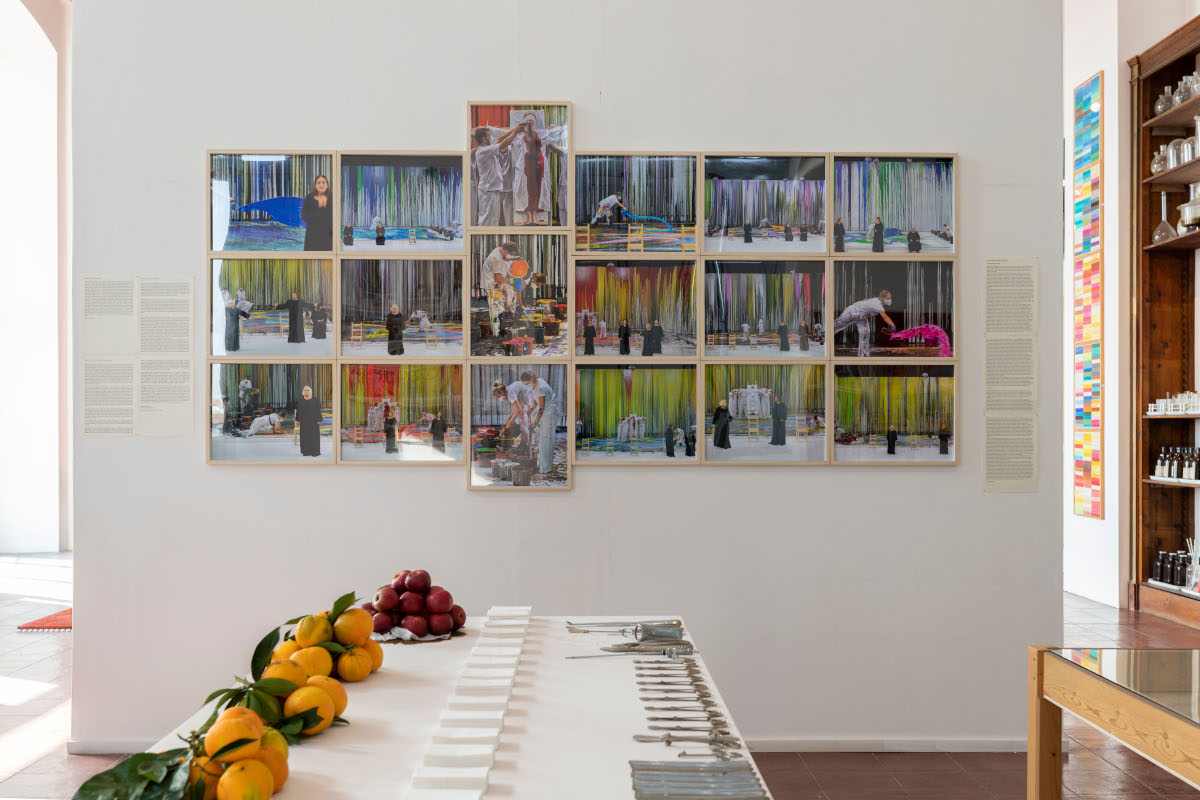 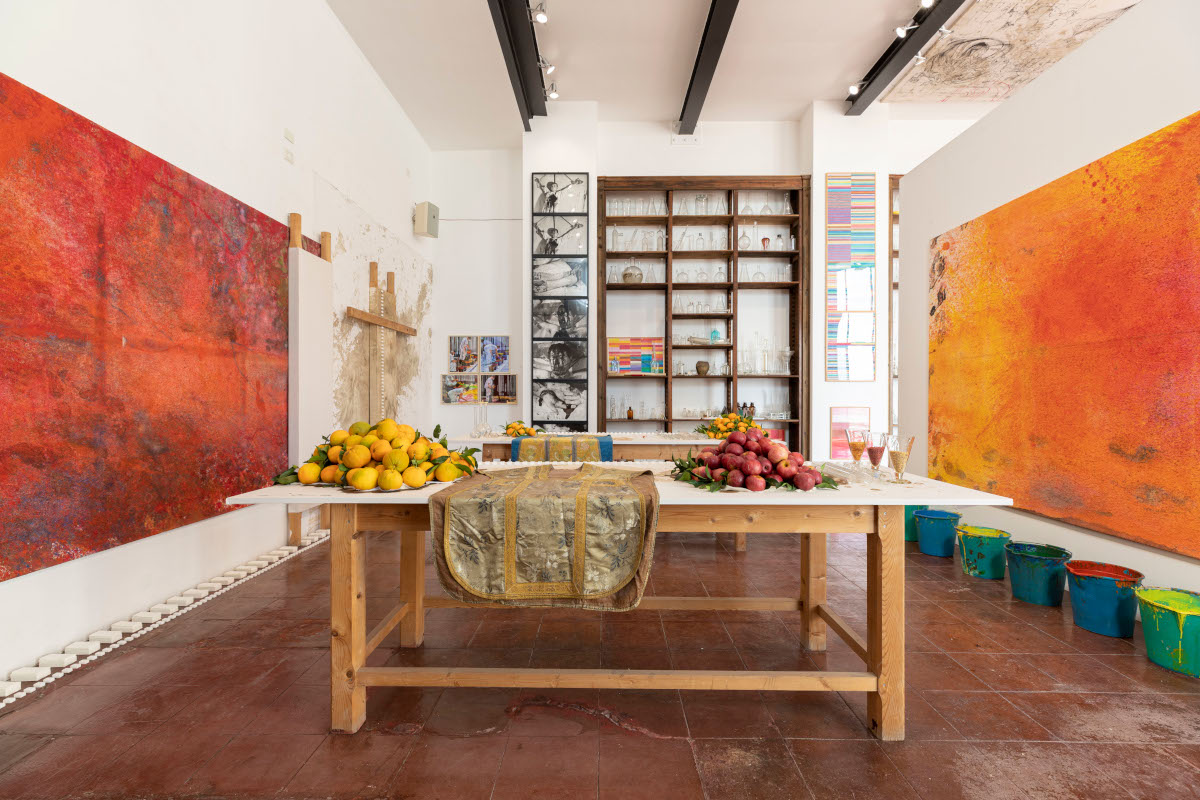 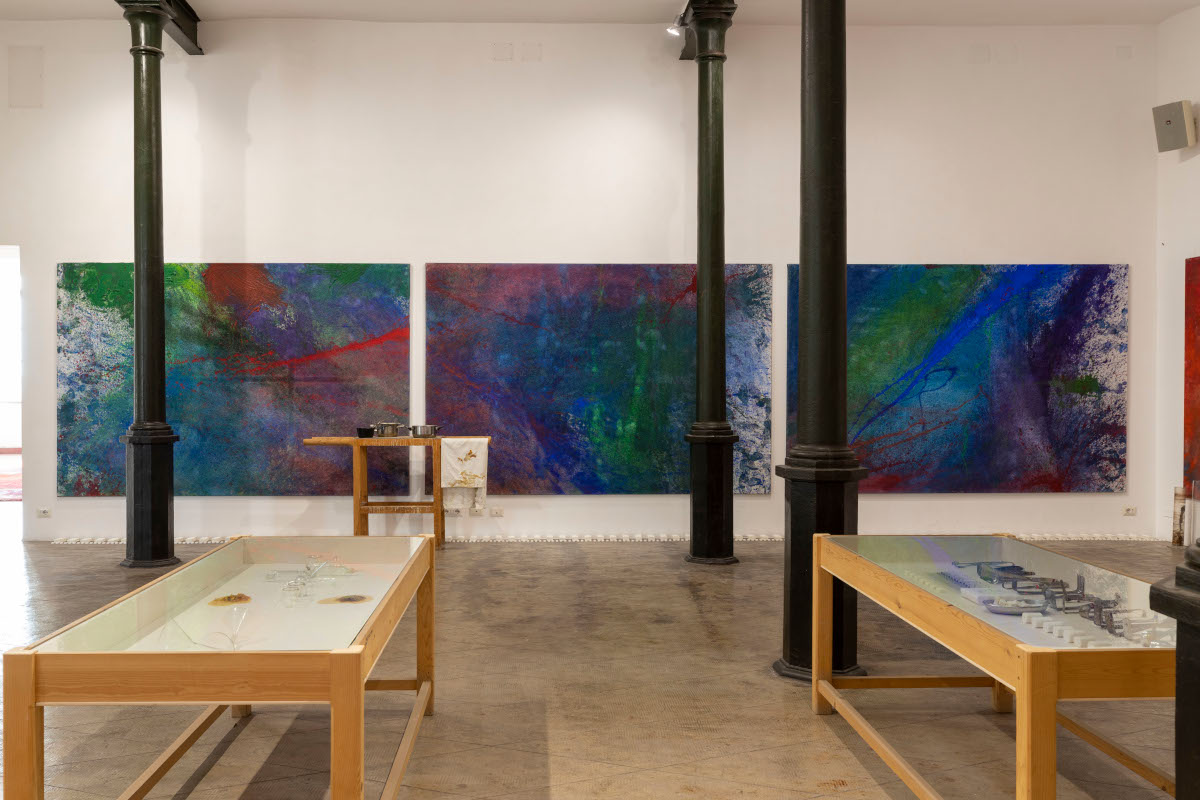 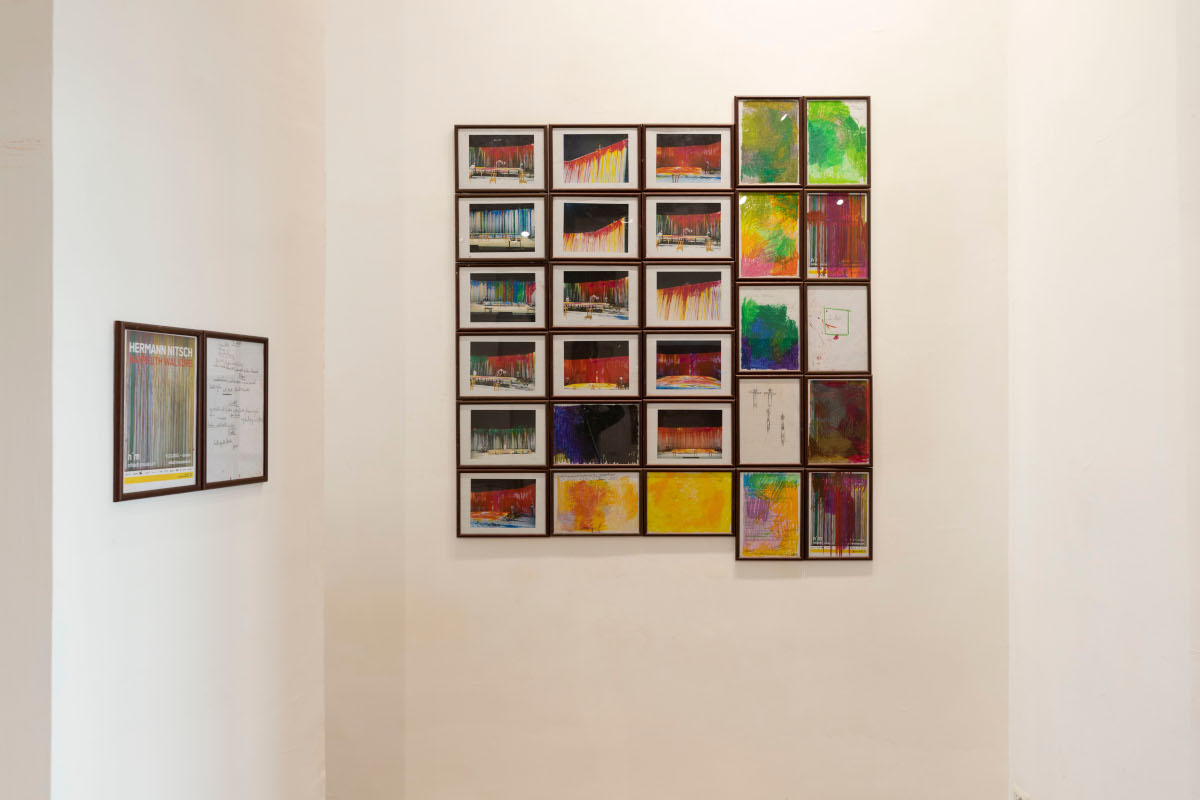 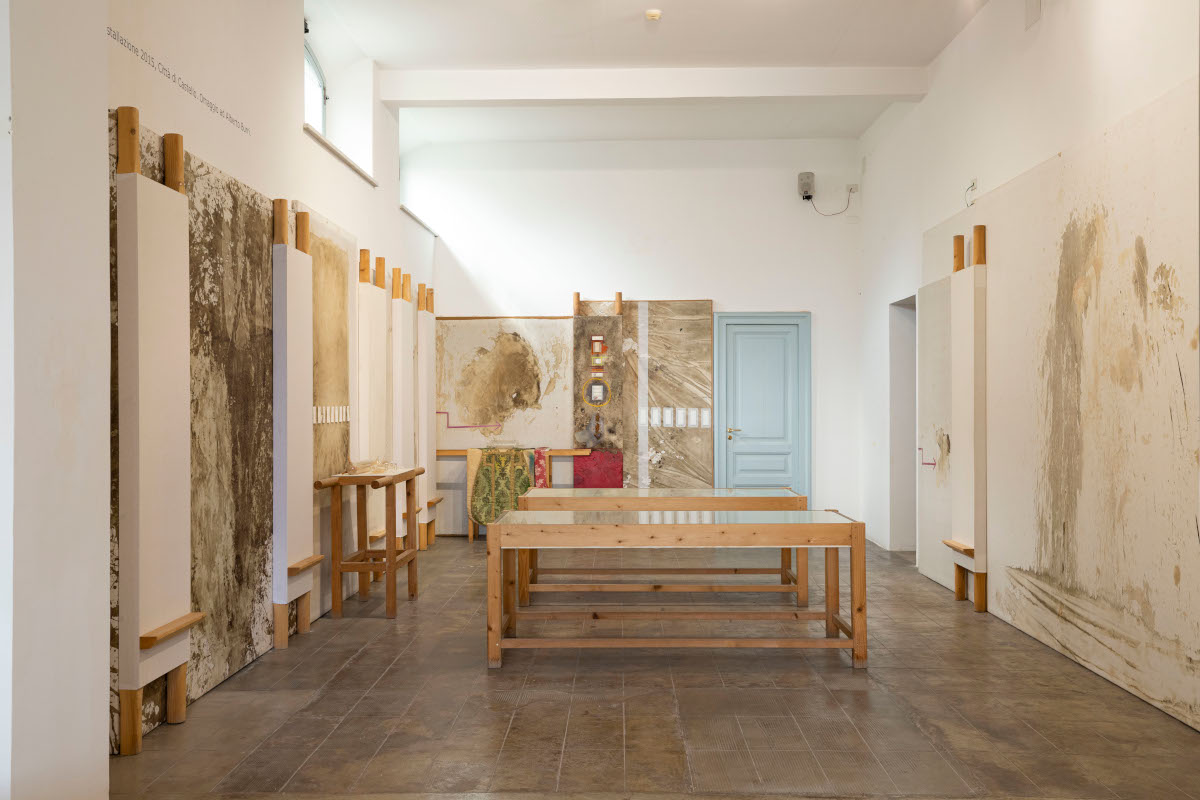 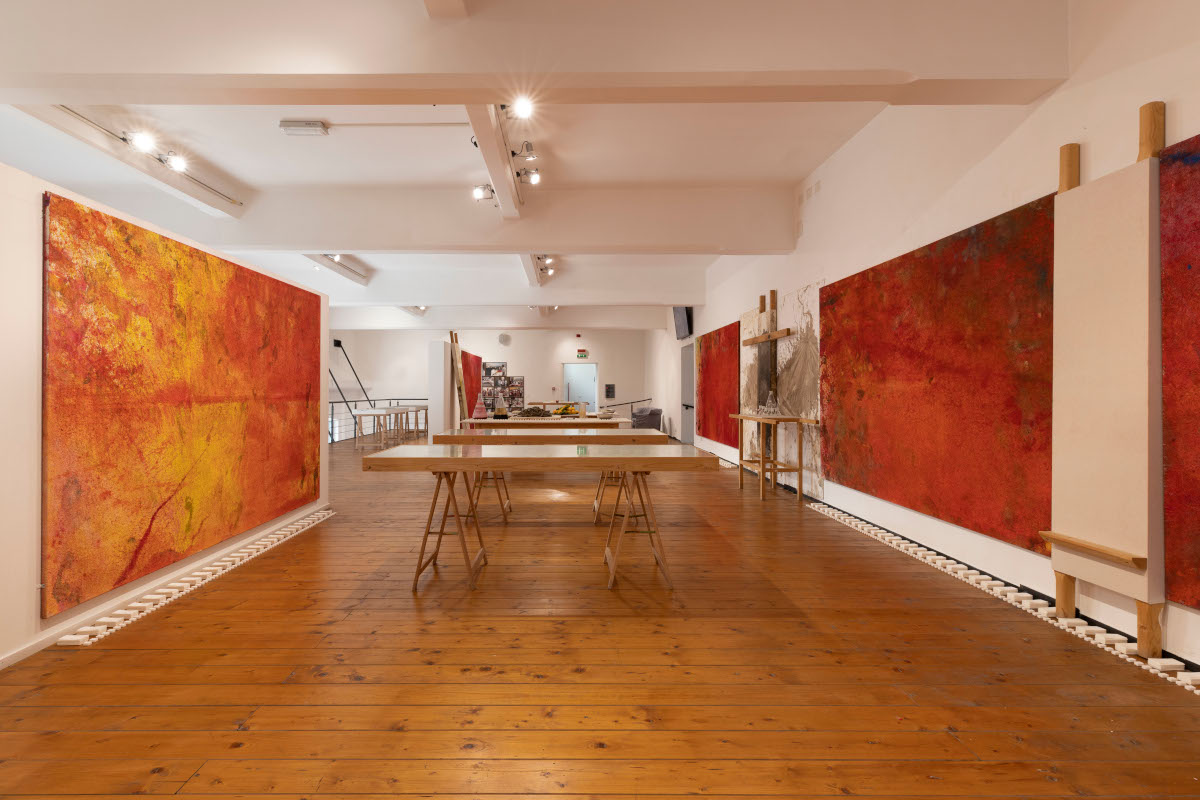