in 1980 lara-vinca masini invited me to perform a large action as part of the “umanisimo e disumanesimo” festival. the action took place in the oblate cloister and lasted 3 hours. a large orchestra was provided. my deceased friend bob clark played the role of king oedipus.
giuseppe morra collected the large floor sheet that was later exhibited at the kassel documenta in 1982 and is now installed in the central room of the museum. 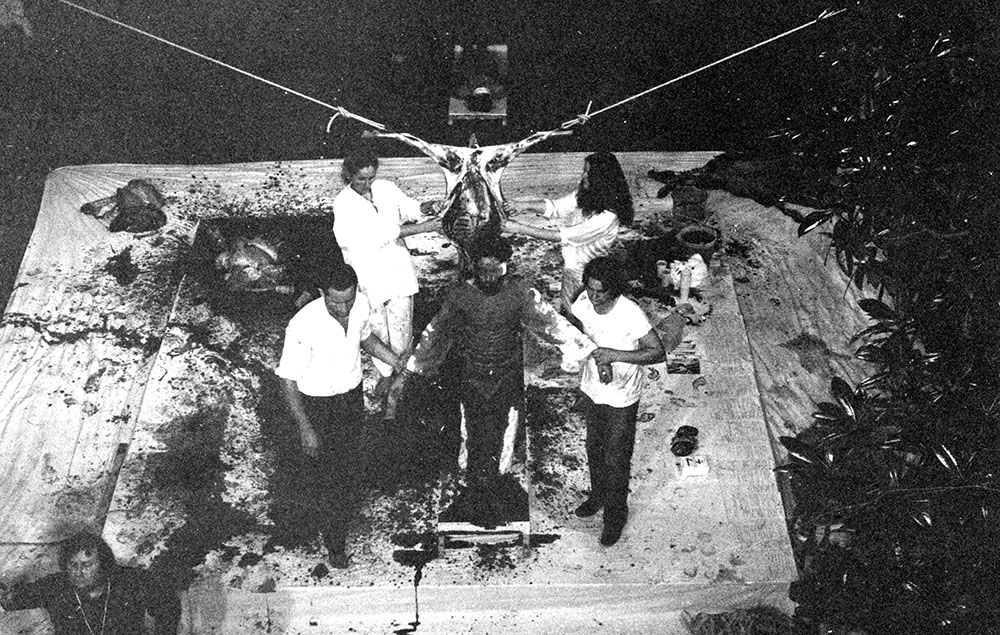 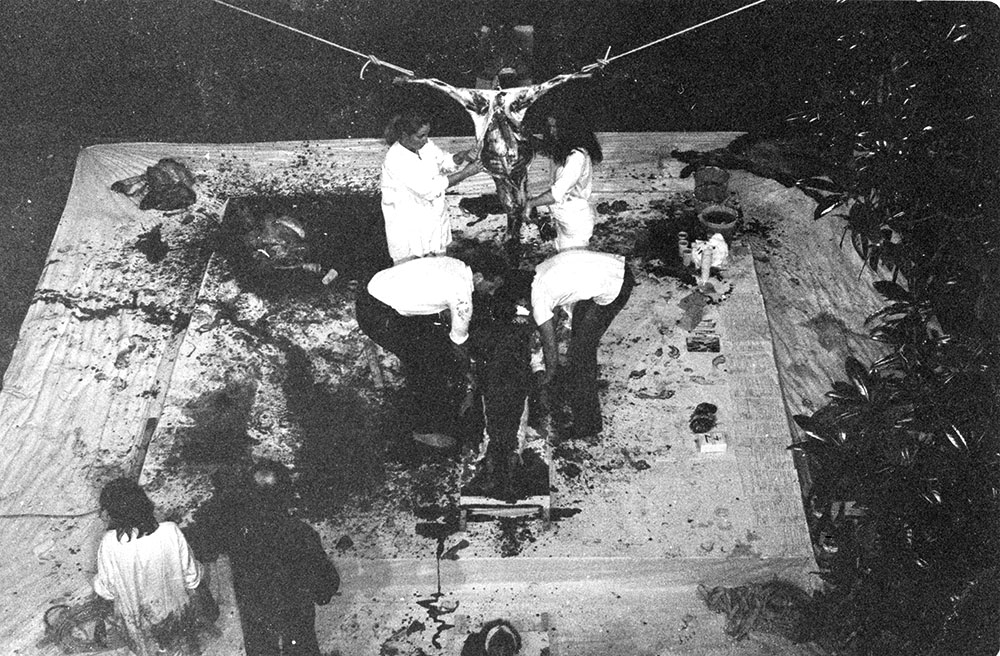 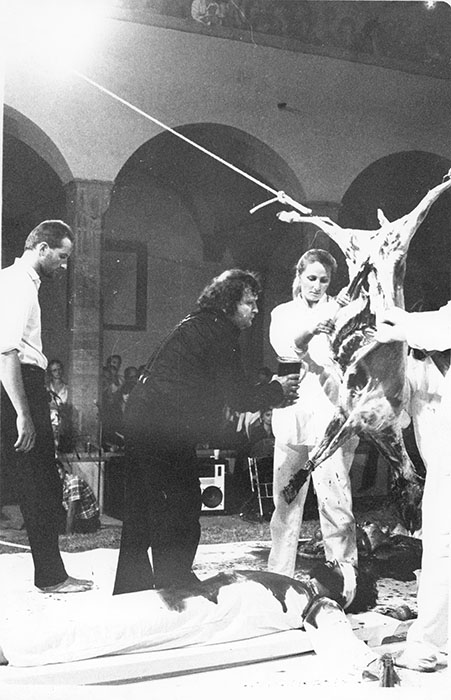 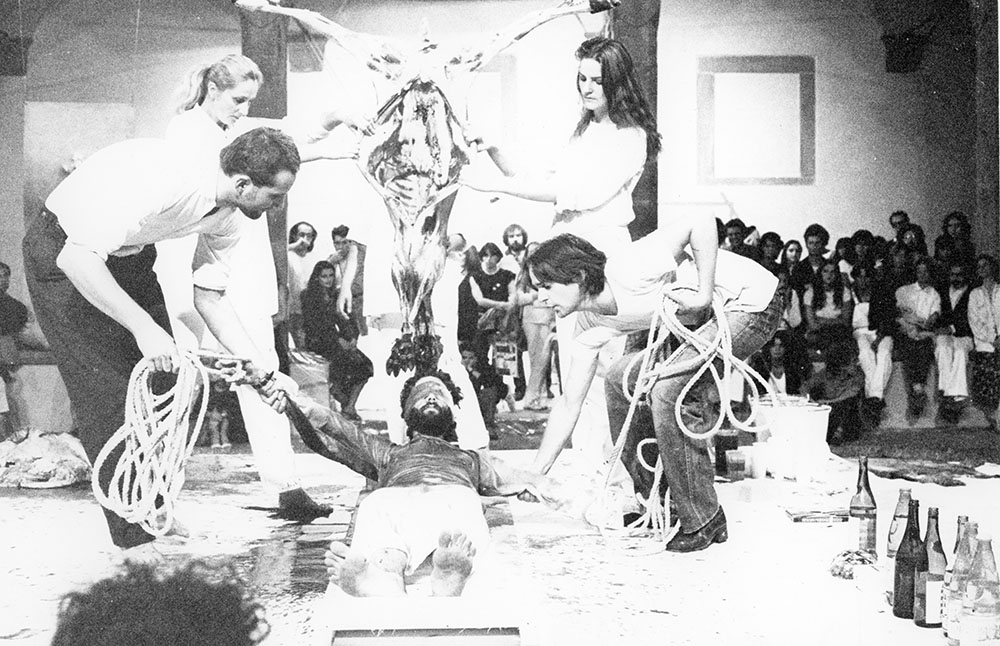 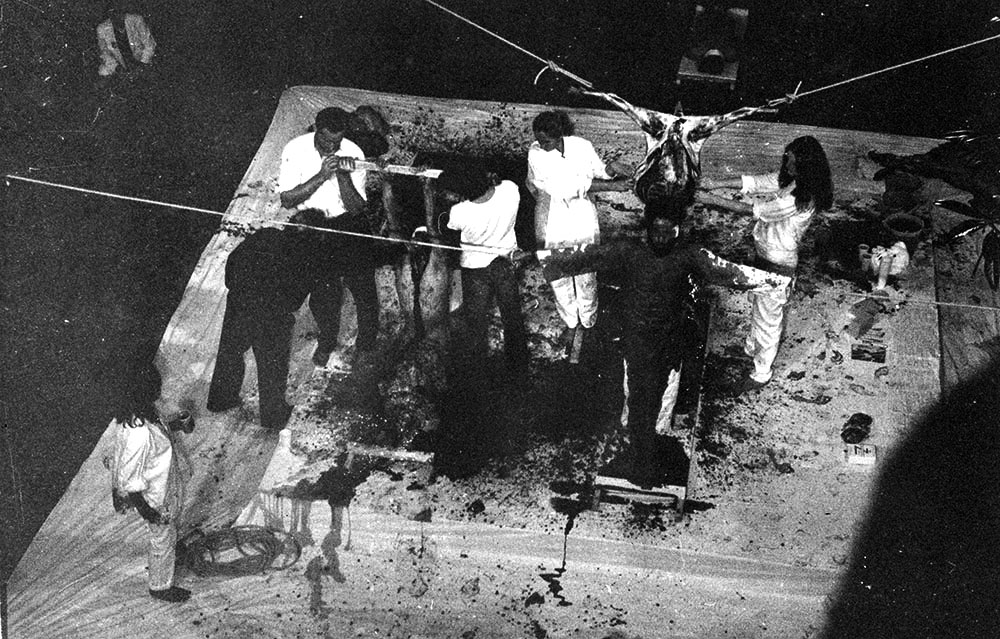 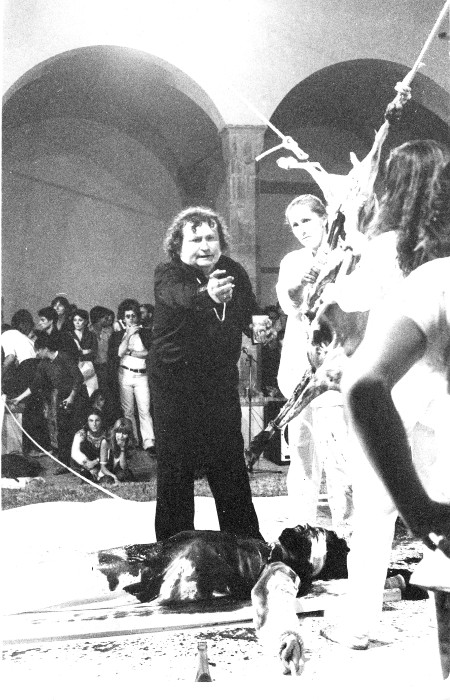 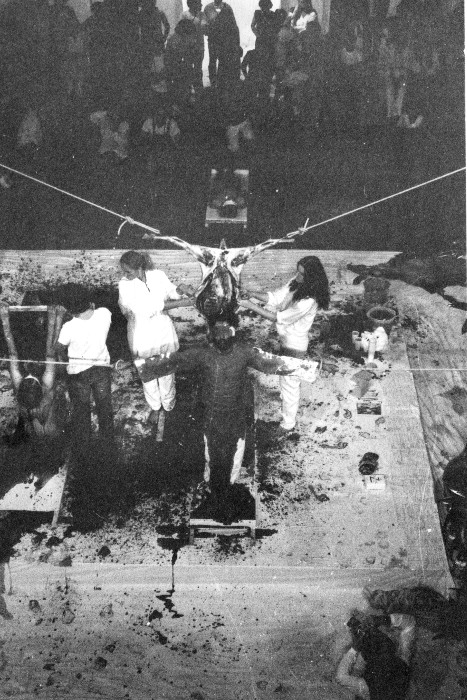 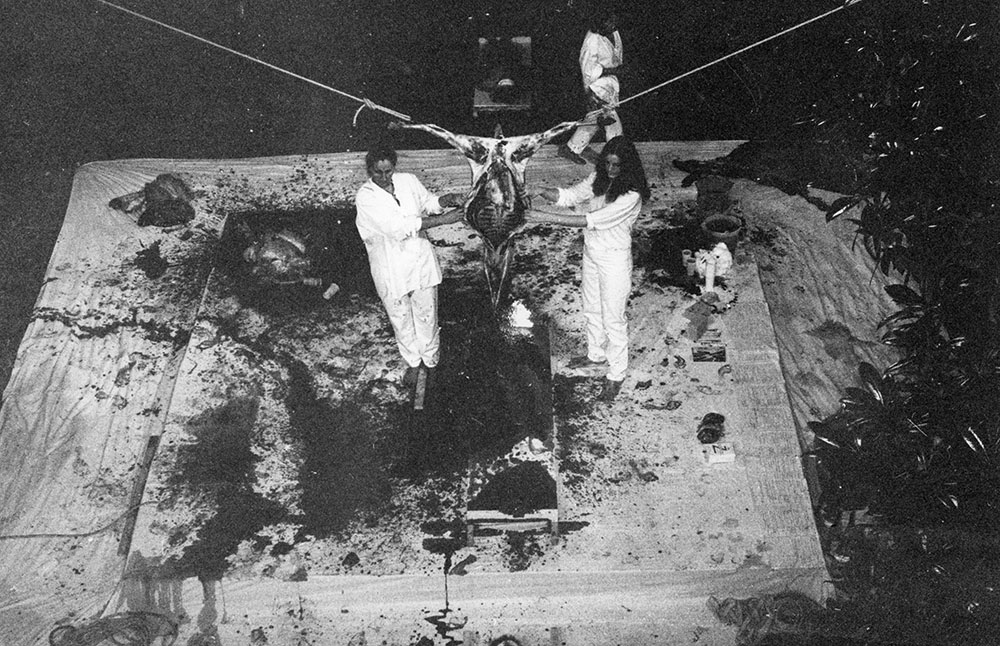 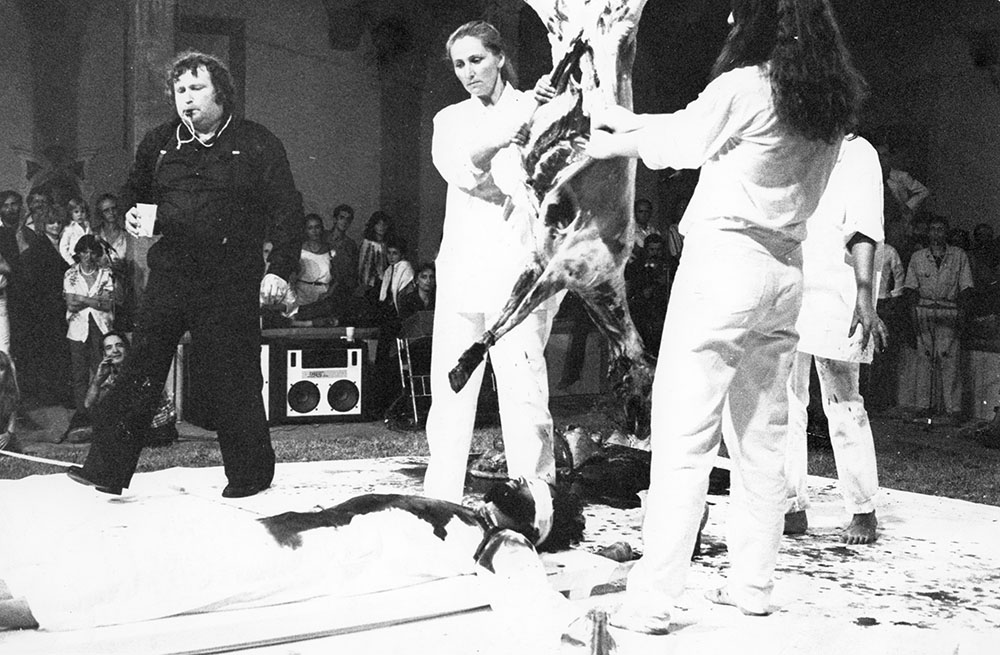