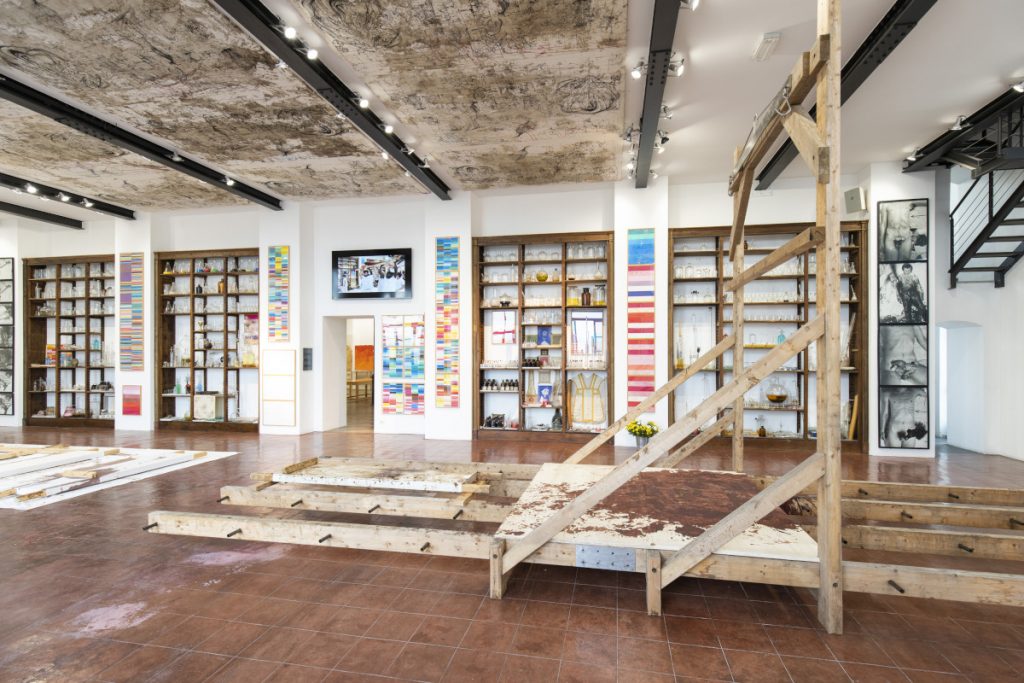 “We are awakened by the death that constantly befalls our being (existence)”. Hermann Nitsch

The Sinfonia Napoli 2020 installation is designed to awaken our atrophied sensibilities in a year when the suspension of time has denied the becoming of life and dulled the perception of Dasein, of being here. The planned re-installation is the result of Hermann Nitsch’s stay in Naples ahead of the reopening of the Museum to the public. While here, he produced the 85.malaktion a three-day pictorial action and directed the 158.aktion, centred on the monumental Stiertrage (bull stretcher) in the main gallery. The new installation takes its name from Nitsch’s specially-composed musical score for the new Neapolitan action in tribute of Naples and Giuseppe Morra.
The work that best conveys the true meaning of the biennial exhibition is the twelve canvases produced during the 85.malaktion on display in the hall of columns. These paintings, which celebrate life through the glorification of colour, echo Nitsch’s principle concern, already evident in his better-known monochromes featuring blood-red paintings: taking a leaf from psychoanalysis, he essentially emphasizes the material or substantial qualities of paints – their softness, their fluidity, their temperature and wetness – as an analogy of the removal of repressed sexuality and bodily secretions. But in order to attain this chromatic abundance, Nitsch has also had to observe the endless breakdown of light into tones and chromatic exercises, the theoretical play of the olfactory, tactile, and gustative correspondences of colour. These two parallel quests – the first indifferent to colour, the second indifferent to substance – find a jubilant synthesis in this new production of light mixtures.
The malaktion reveal “the excessive, creative, and furious manifestation of being, and – at the same time – a vegetative calm”, namely the contradictory forces that require standardizing gestures if they are to appear simultaneously: nevertheless, as Nitsch paints he replicates the ritual actions of the Orgien Mysterien Theater: gutting, spreading, and pouring. Sinking his fingers into the paste and stretching out his arms, he immortalizes vortices, waves, and vapours on the canvas in precise reference to the closing music of Wagner’s Tristan and Isolde (defined by Nitsch himself as “the greatest work of art on the theme of love”). The strength of this manner of giving form to colour lies entirely in the action it exerts on the visual perception of the spectators – always multimodal, never solely retinal – prompting them to accept the richness of sensorial stimulus to open up, it is hoped, to the same cosmic connection of which Isolde sings in the finale of Wagner’s drama: “shall I […] sweetly melt away in vapours?”
Federico Decandia 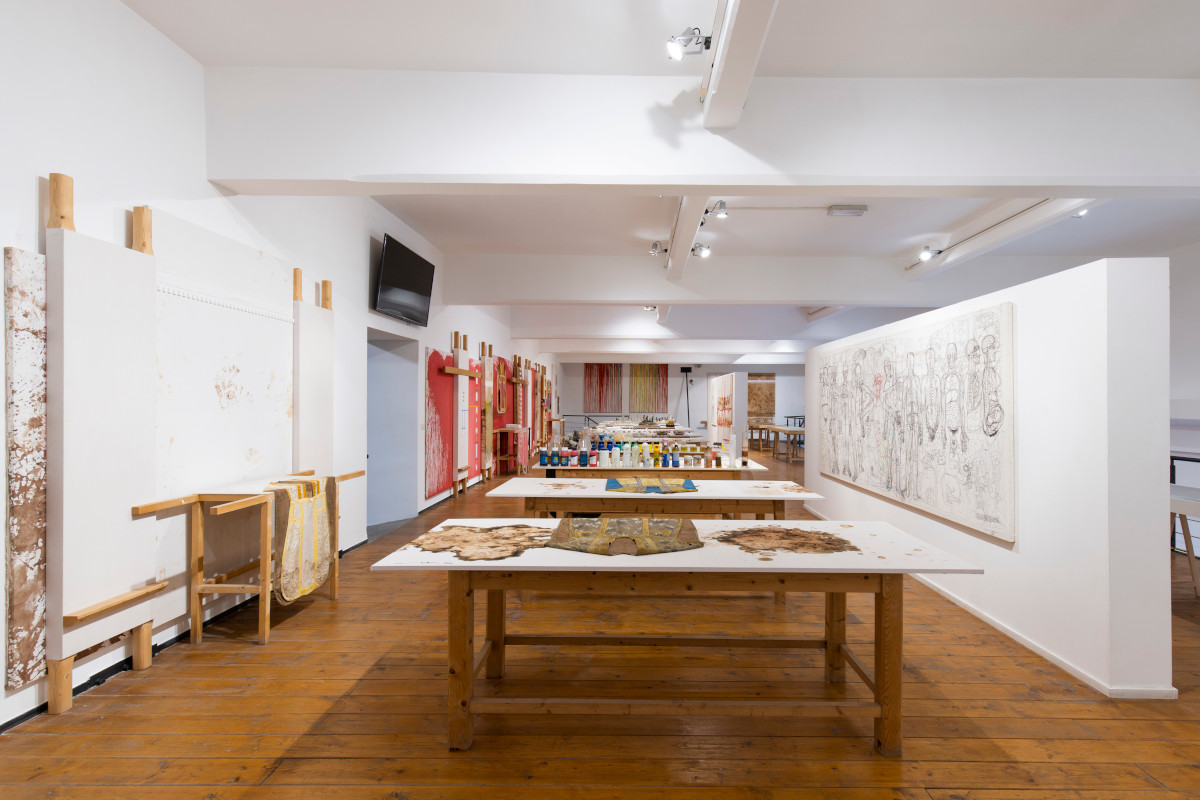 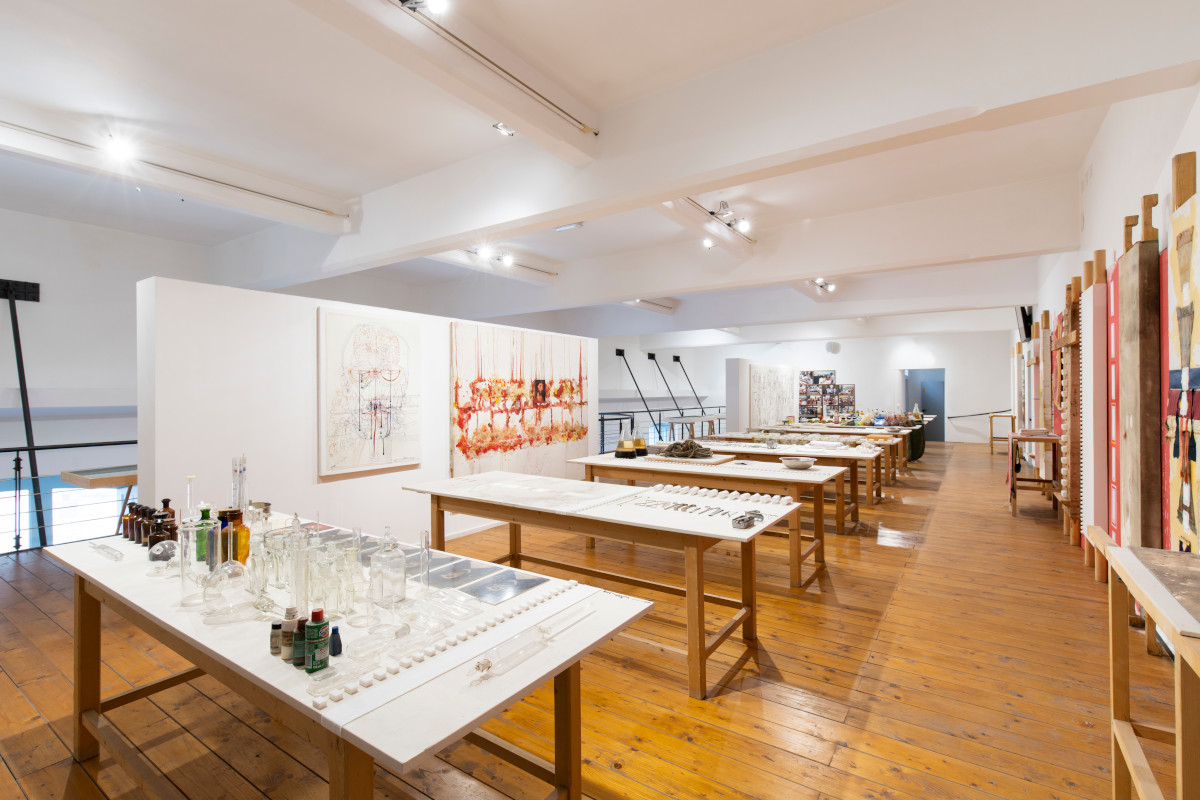 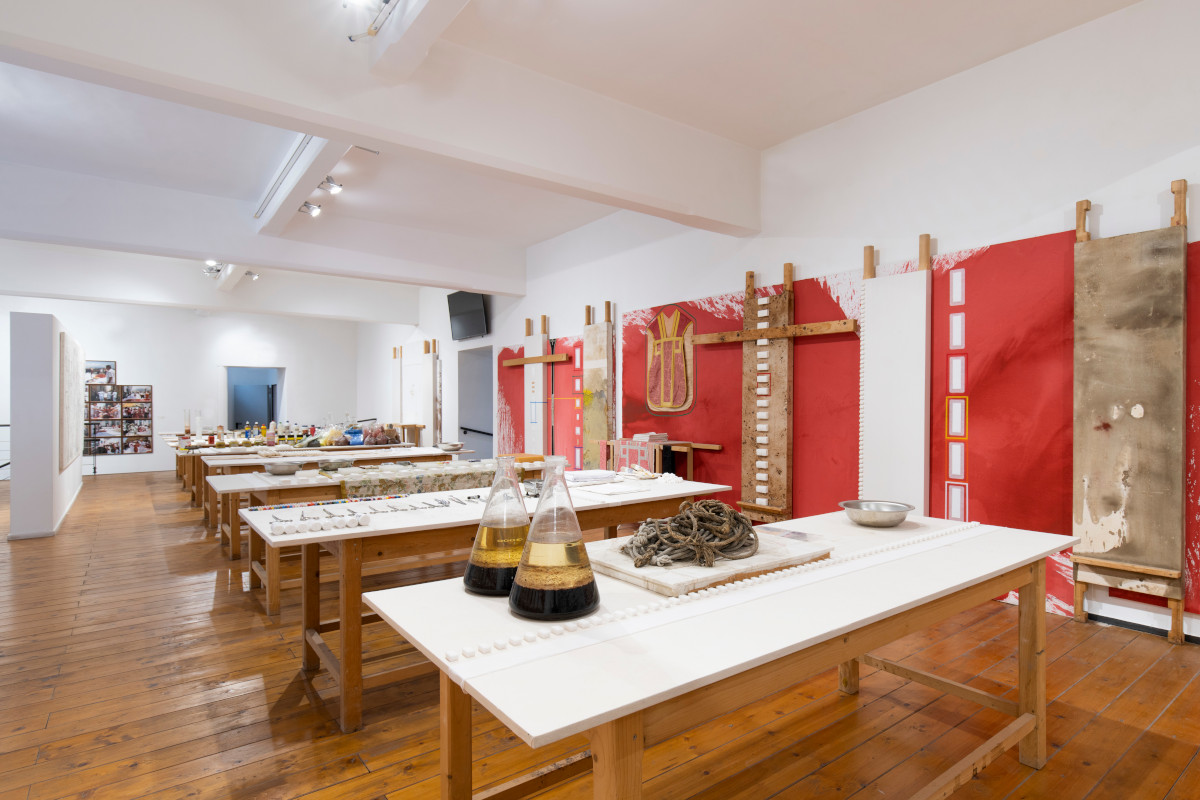 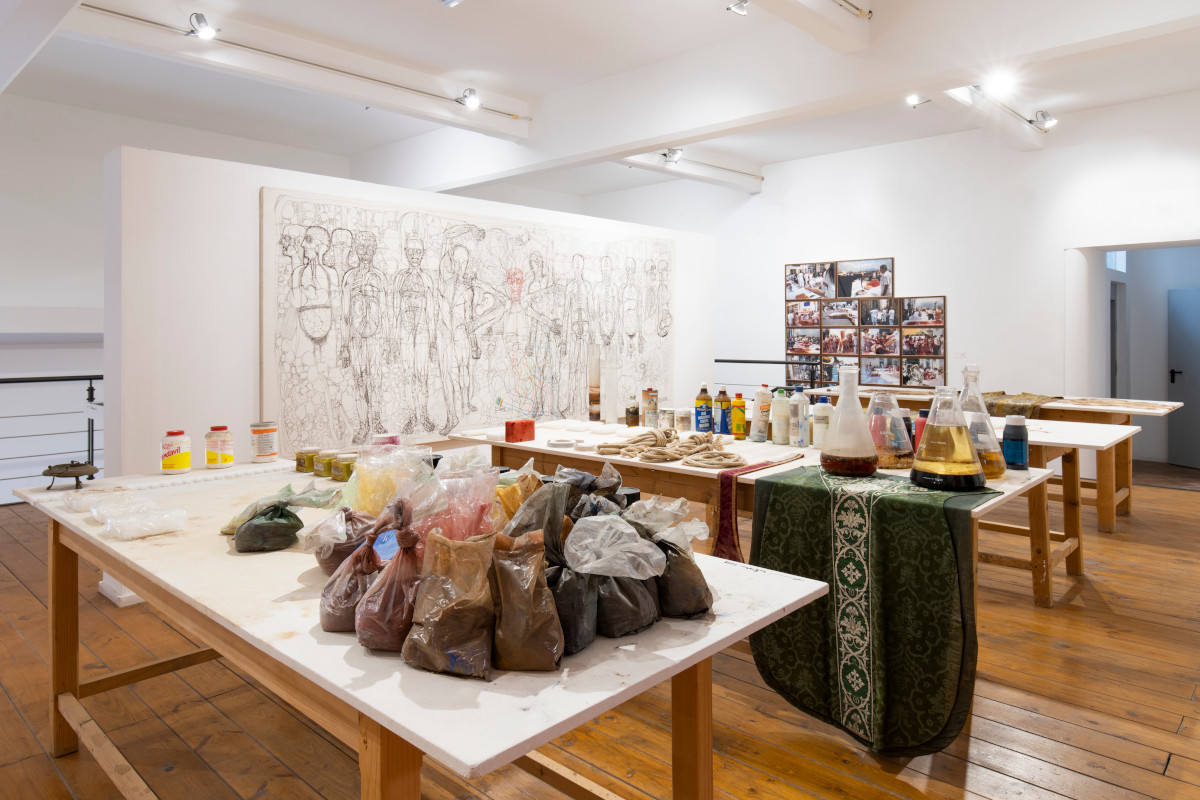 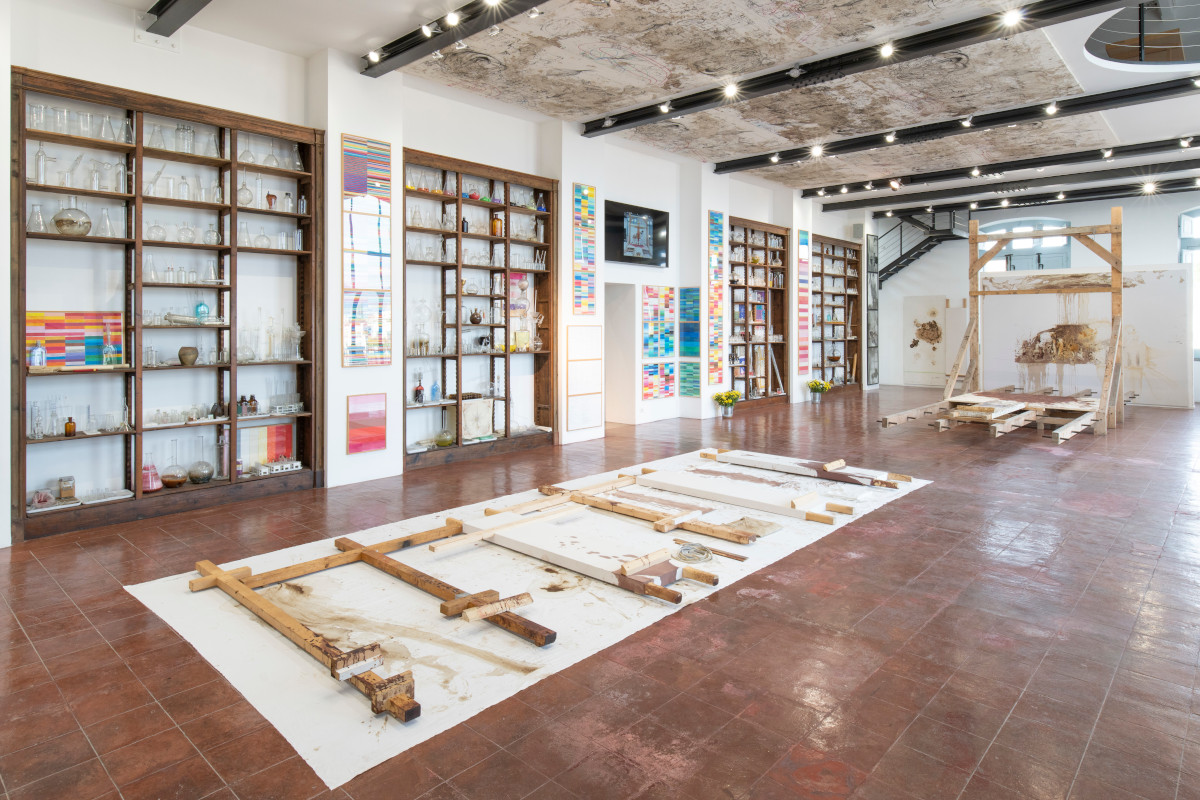 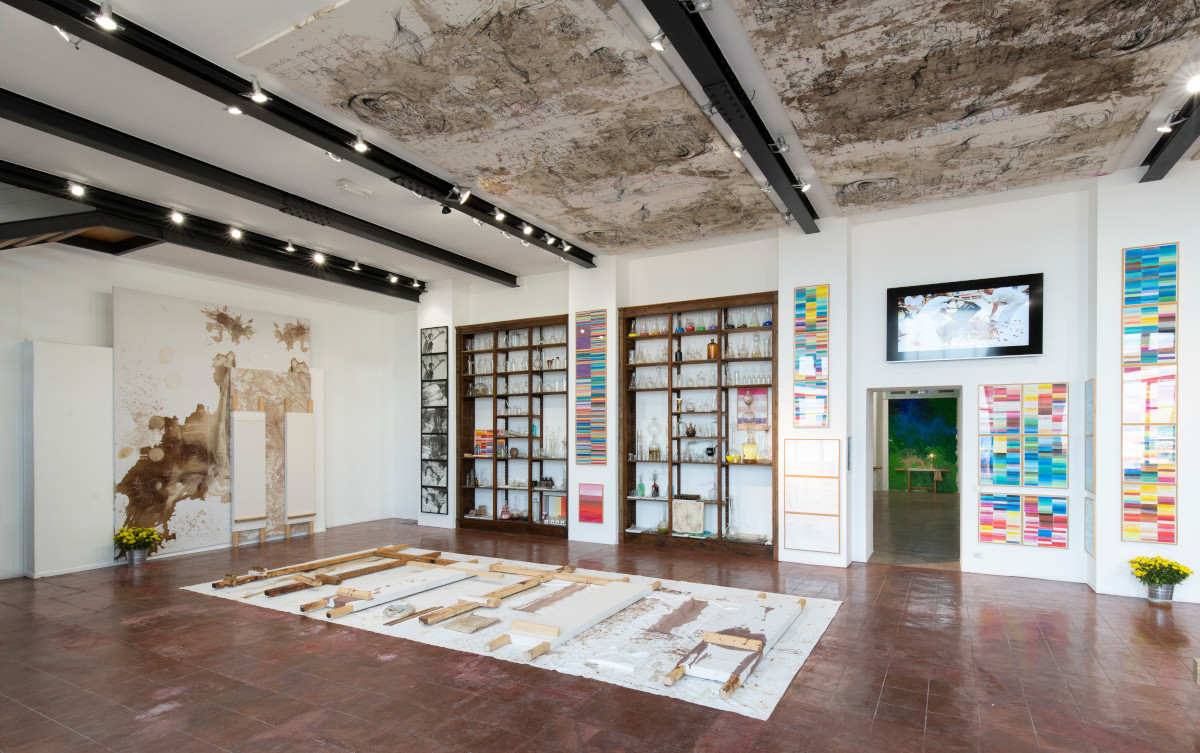 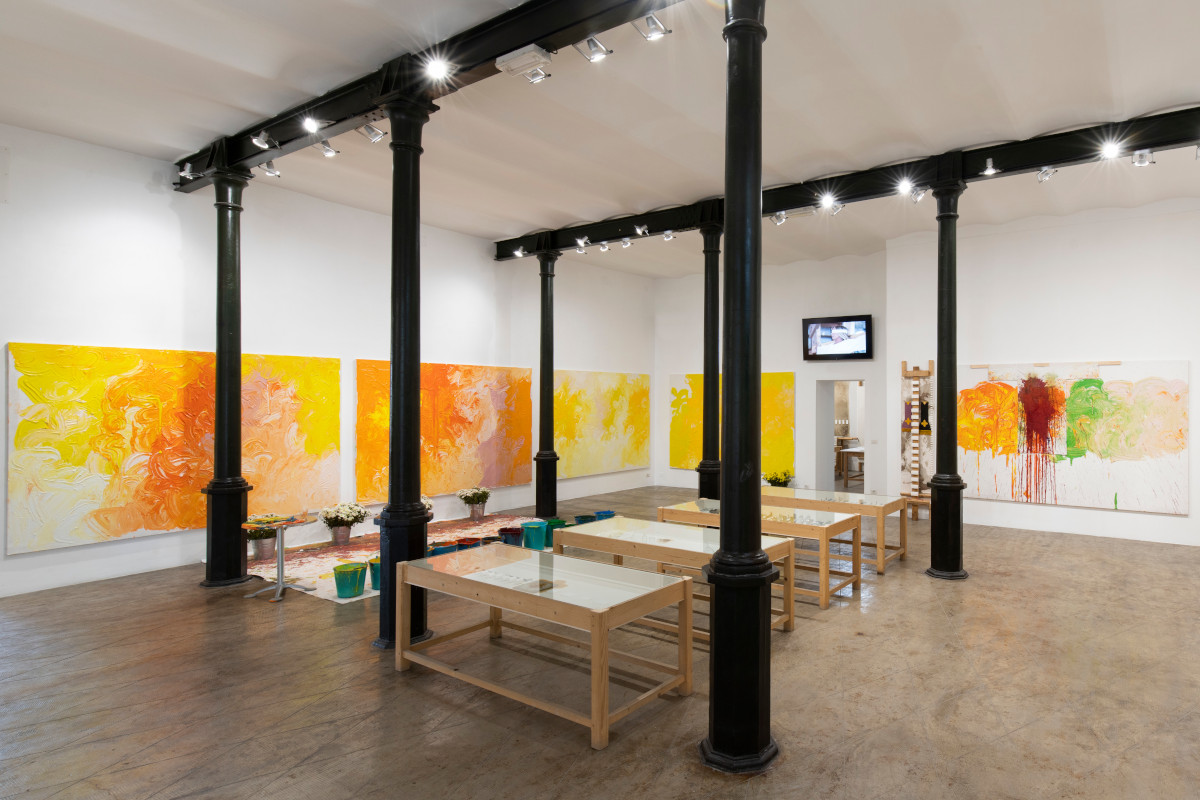 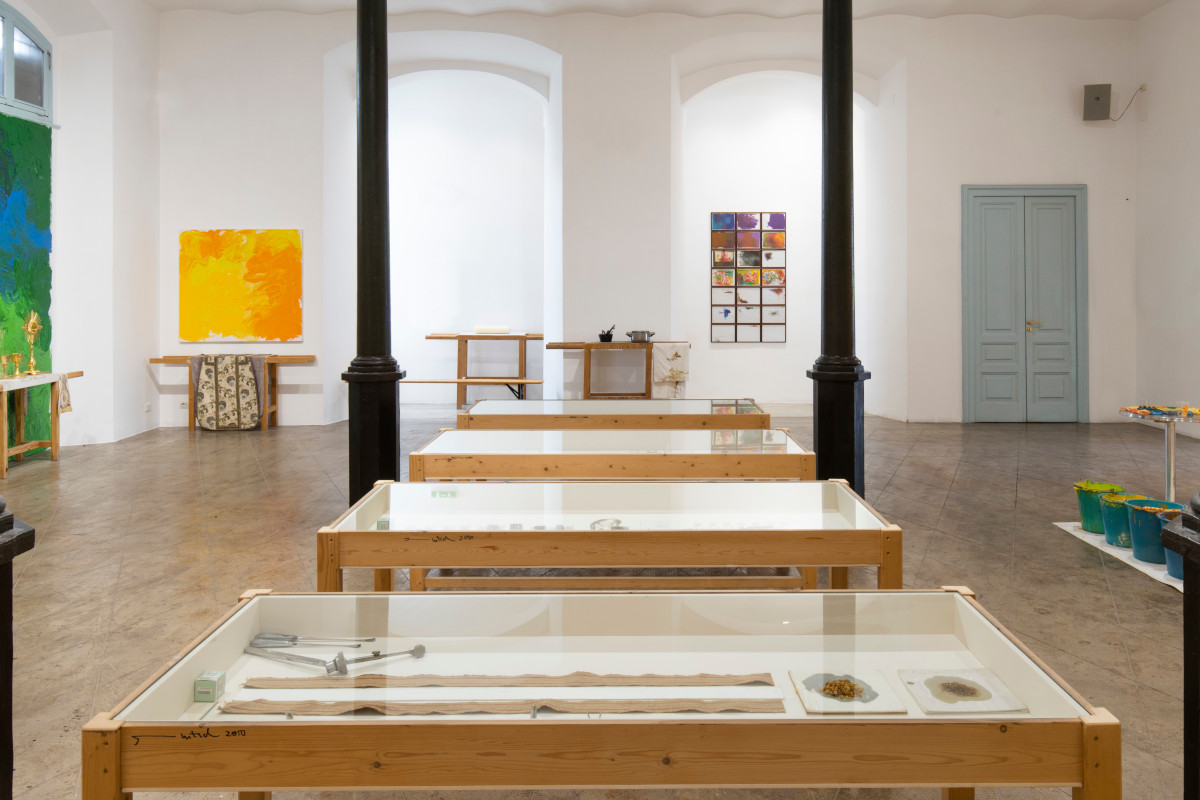 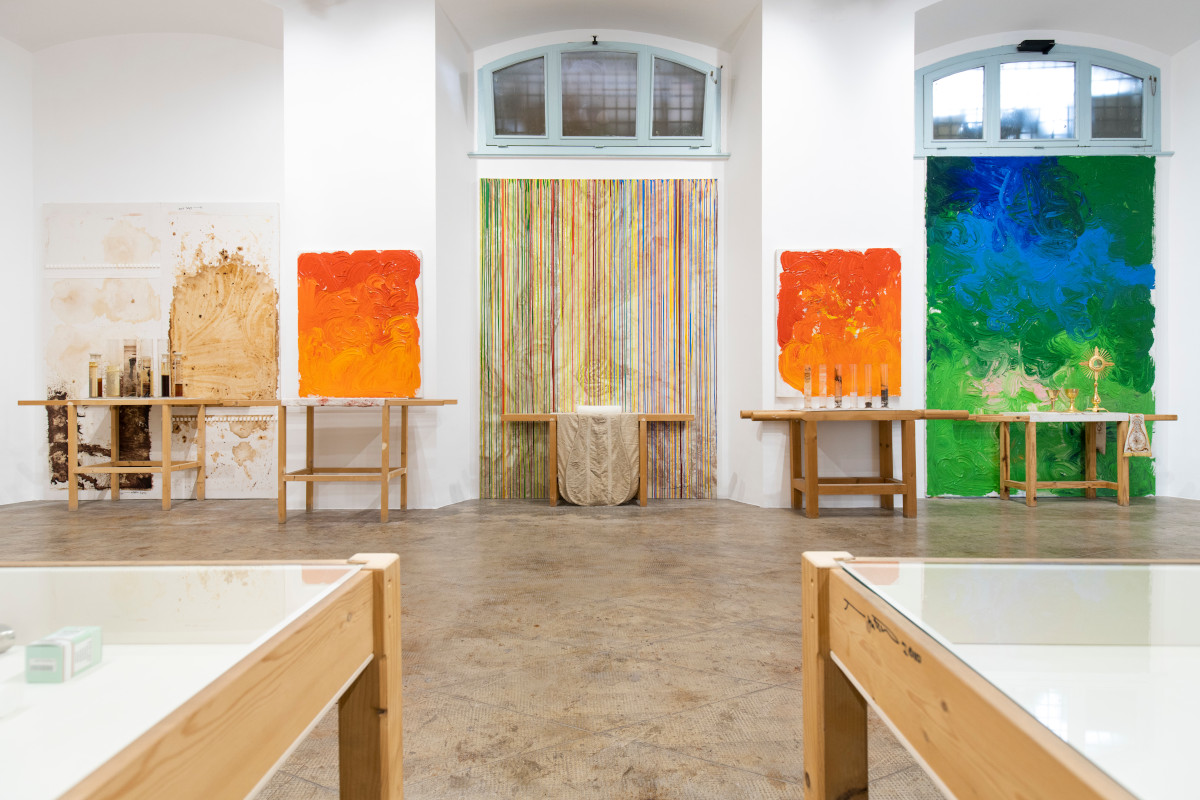 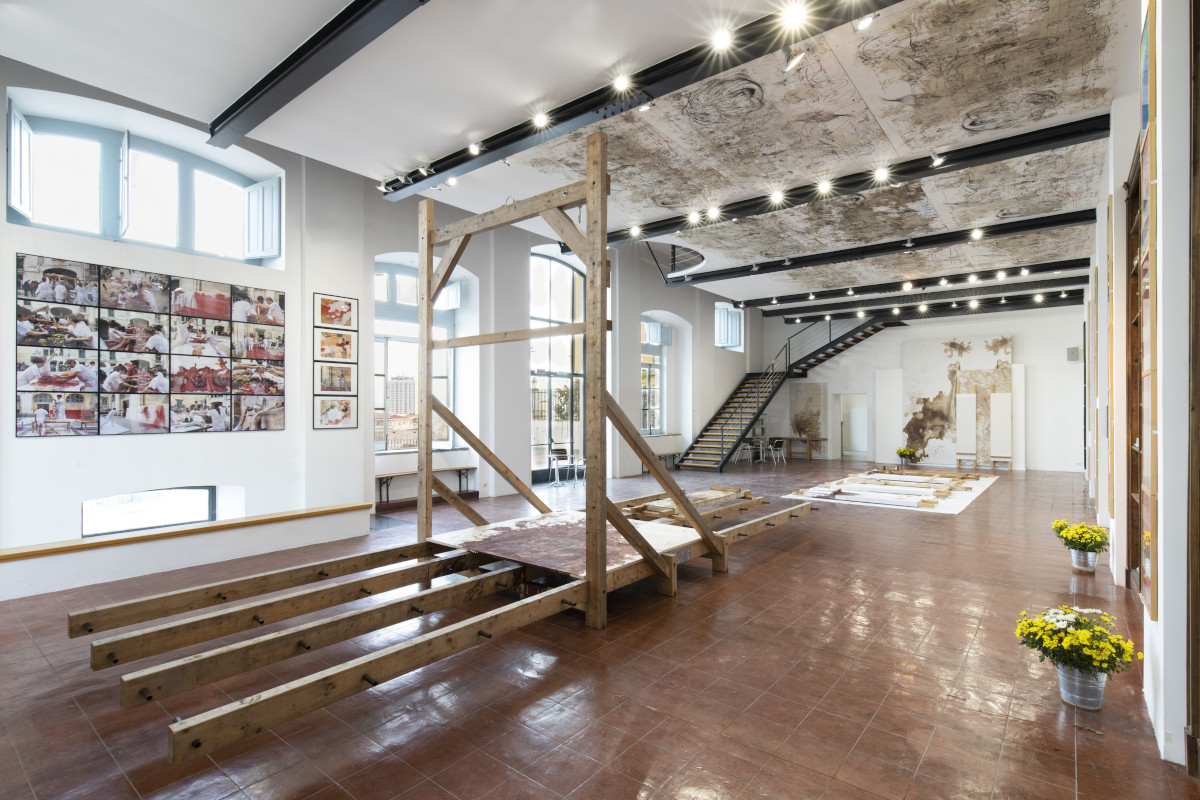