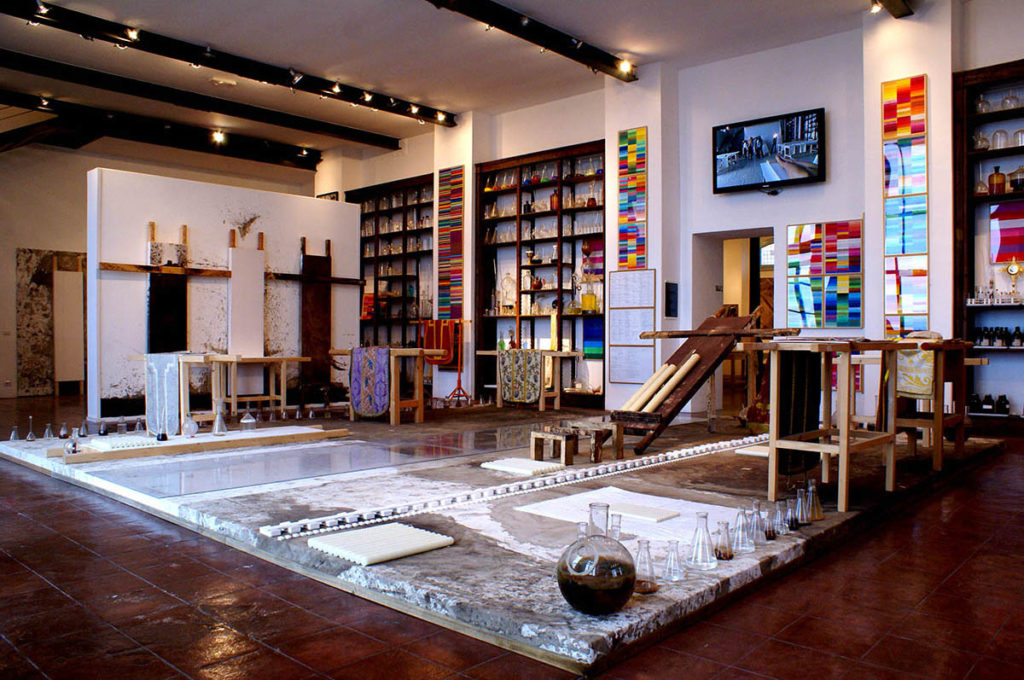 September 13, 2008 Naples. On this day, Giuseppe Morra decided to tell the story of an artist in a museum dedicated to him, dwelling in particular on two crucial forms: vitality and silence.
In a skillful interplay of artistic interpretation, consisting of mythological, theological, philosophical, poetic and alchemical evocations, the story leads us, through the nexus of life and meditation, into fascinating territory where the search for the elementary leads us to the eschatological. And then, once the moorings are loosed, the coast appears; time and space become pure. The horizon expands, becoming clearer and defining the limits of this story. Today, the Hermann Nitsch Museum Archive Laboratory for the Contemporary Arts, a dynamic place of study, reflection, and research into Nitsch’s poetics, opens up to new opportunities, adding yet more important pieces to the mosaic: an ideal register of considerations clothed in their elusive variety, with images intimately captured in their mobile interiority. Past and present now merge, and the story goes on, taking form around a fascinating and impactful event of logical and emotional reconstruction: Opere Napoletane (Neapolitan works).
Neapolitan works is a display of works set up throughout the rooms of the Museum; its strength lies in its unusual narration of the artist’s long conceptual journey in Naples, a city whose underlying traces and exclusive charms emerge in the works on show. What the exhibition shows, in fact, is Nitsch’s creative life in our city over time: 1974, the first unforgettable Neapolitan Action the 45.aktion at Studio Morra in via Calabritto; 1977, the 54.lehraktion, in the same location, confirming his elective affinity with the city of Naples; 1986, the 18.malaktion the painting action exhibited in 1987 for the first time at Museo Diego Aragona Pignatelli Cortez; 1996, the 96.aktion at Vigna San Martino, the spectacular and perfect backdrop for the sensory and all-enveloping excitement of Nitsch’s actions; 2008, the 54.malaktion at the new Museo Hermann Nitsch (opened in September), which would become the temple of the universalism of the Viennese artist’s vision. Lastly, the 130.aktion in May 2010, at the Museo Nitsch and in Vigna San Martino, at the close of the Nitsch&Caravaggio event (expressed through the photography of Fabio Donato, Biagio Ippolito and the films by Mario Franco, Peter Kasperak, and Rolf Leitenbor), the consummation of a privileged intellectual journey.
Two years after its opening – an event attended by a multitude of guests – and sensing the need to transform and foster cultural growth, the Nitsch Museum presented a new lectio magistralis by the Viennese author shedding light on the vibration, the beauty, the interweaving of codes, the ritual celebration of life: “only through art, through artistic experience, can I reach the deepest levels, and it is only at these depths that I wish to celebrate existence” (H. Nitsch).
Loredana Troise 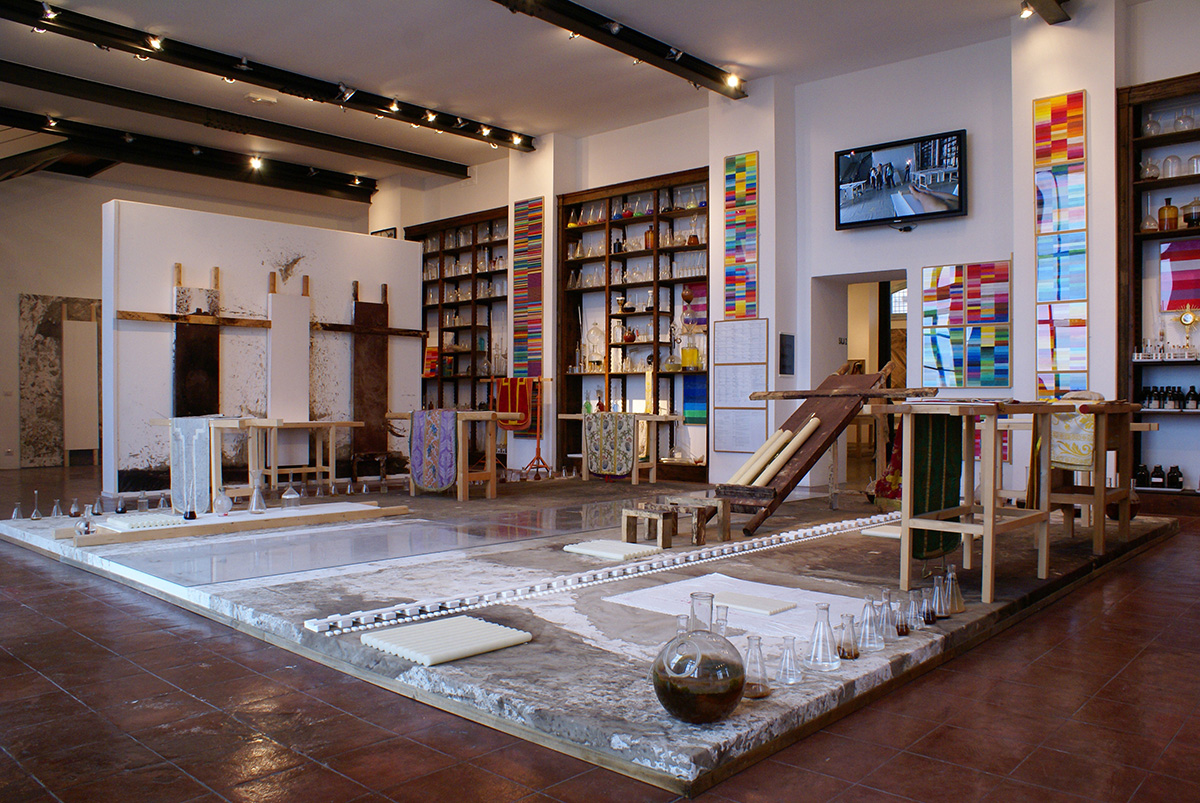 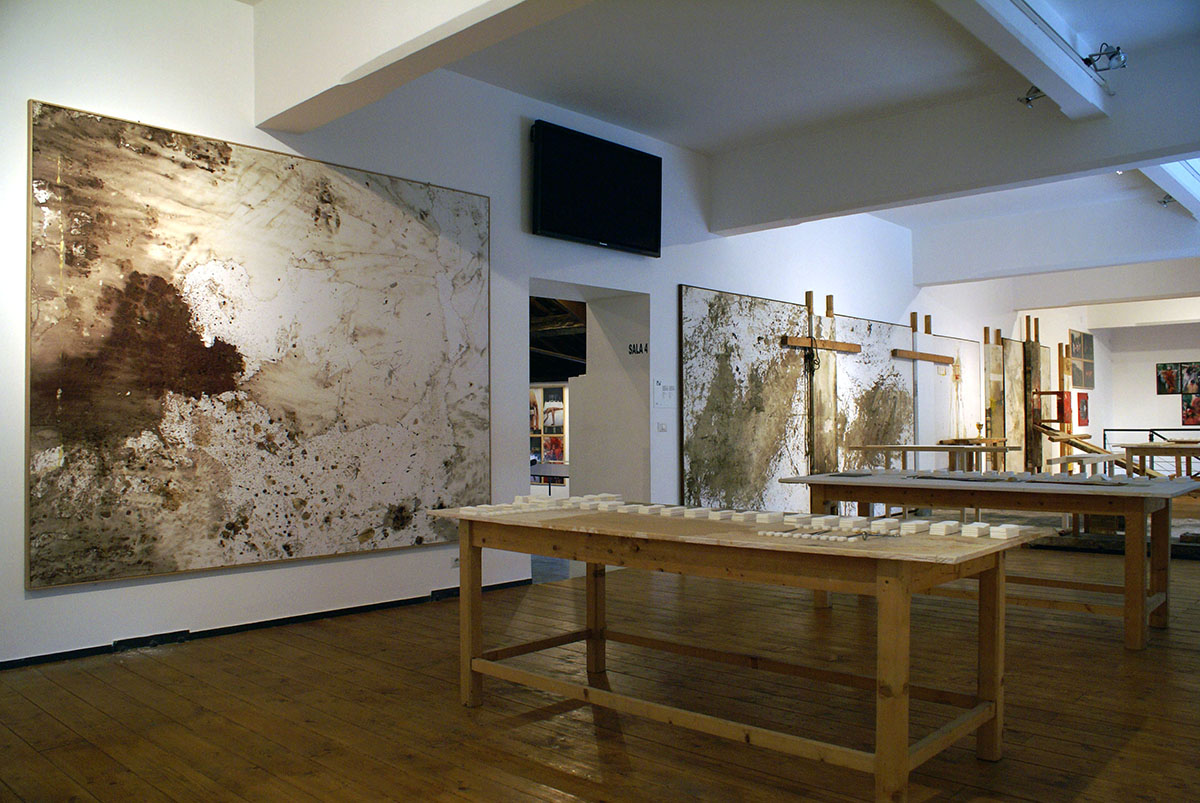 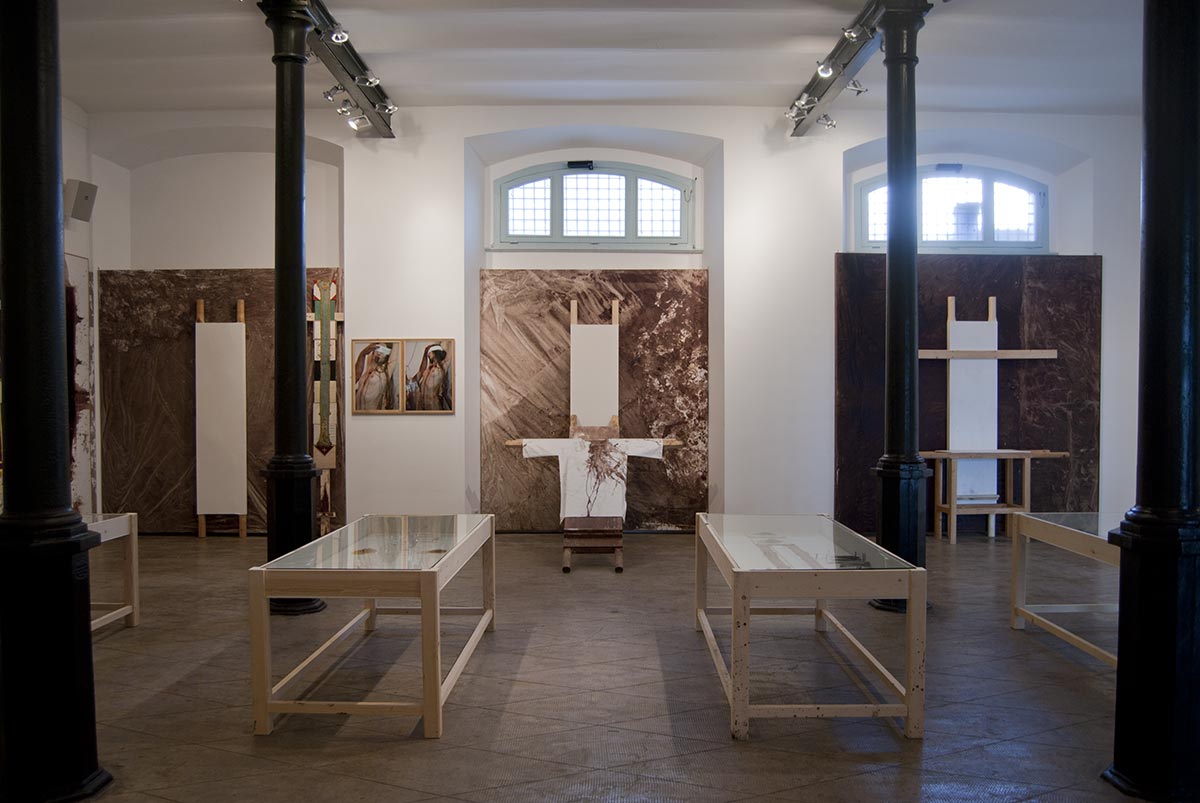 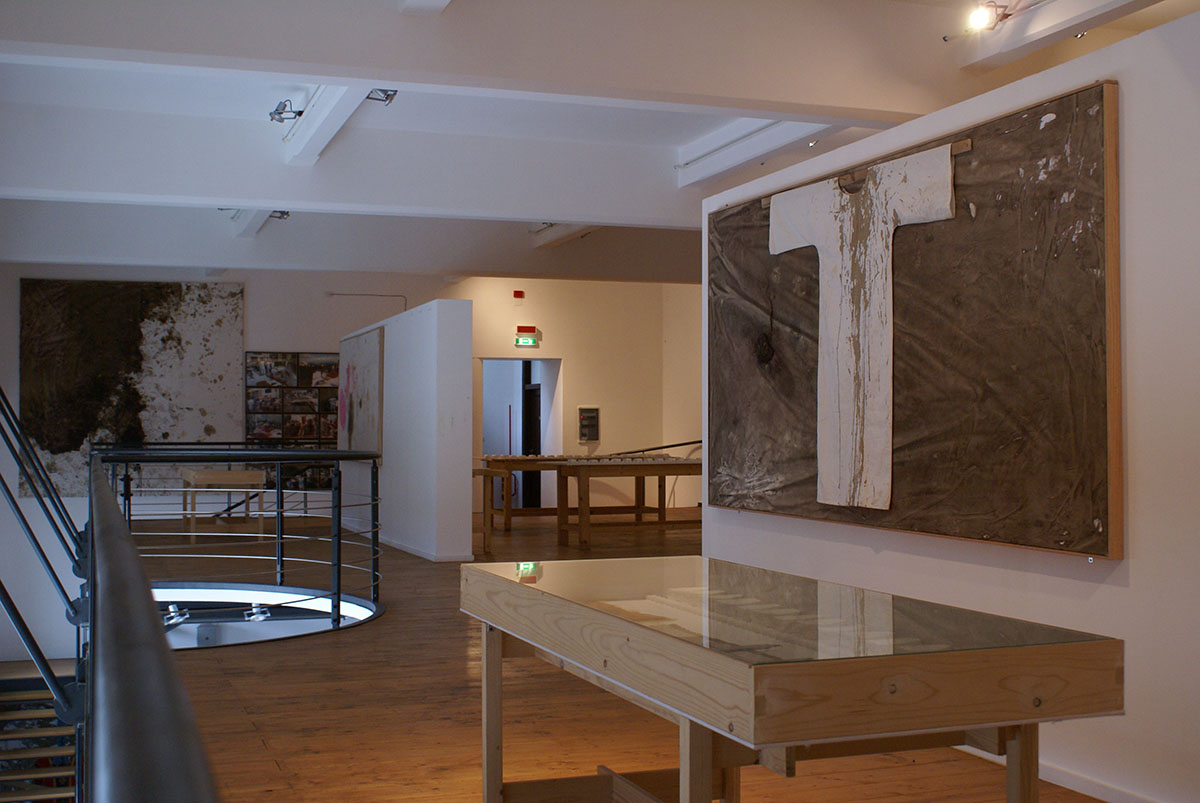 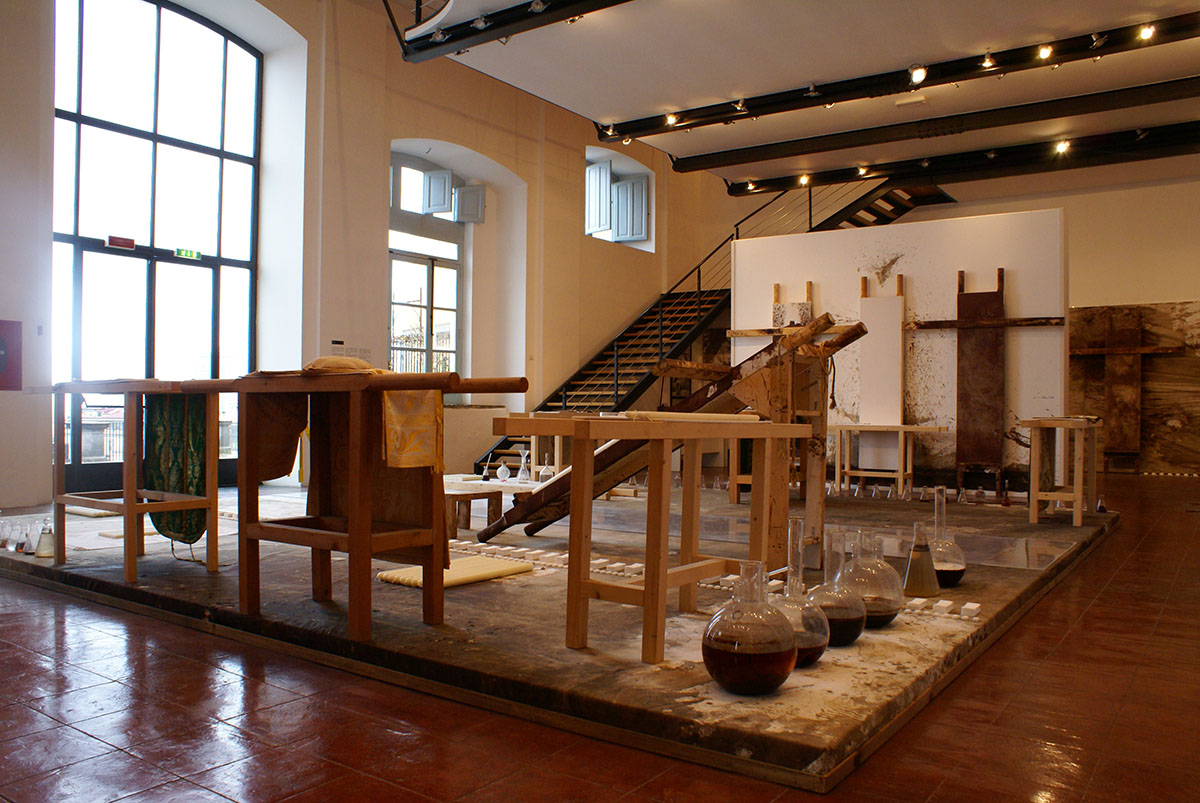 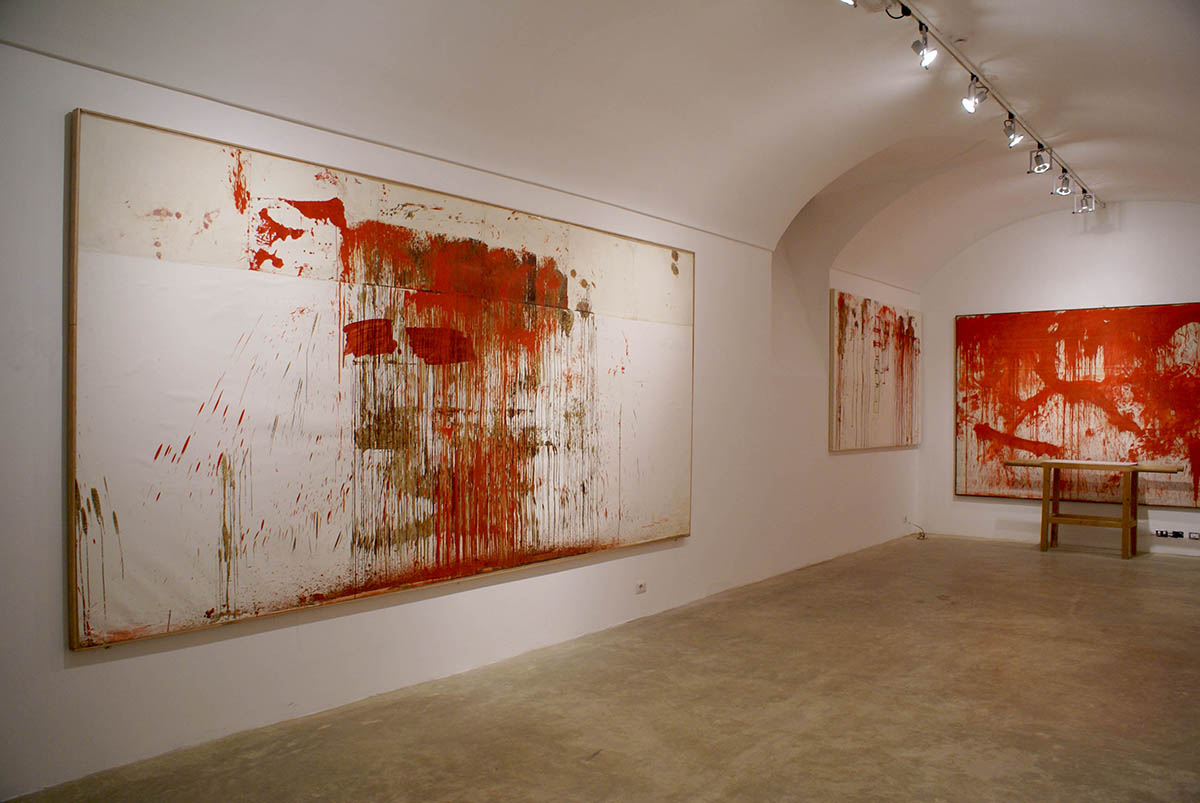